You are at:Home»Brain»Are some psychiatric disorders a pH problem? 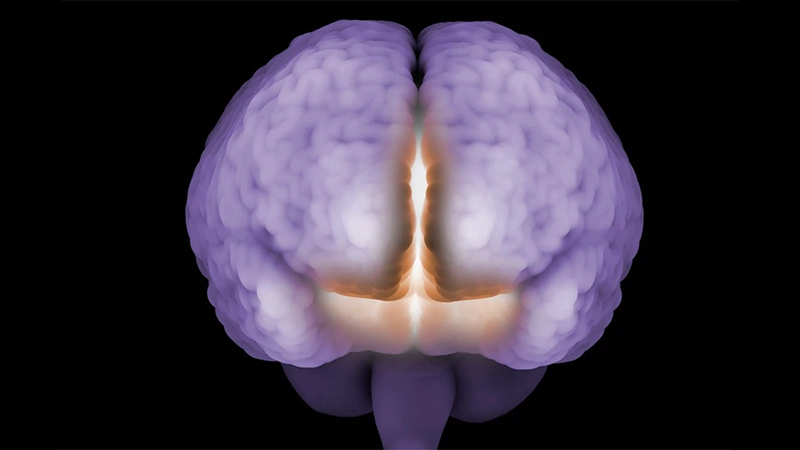 Sometimes our brains are on acid—literally. A main source of these temporary surges is the carbon dioxide that is constantly released as the brain breaks down sugar to generate energy, which subsequently turns into acid. Yet the chemistry in a healthy human brain tends to be relatively neutral, because standard processes including respiration—which expels carbon dioxide—help maintain the status quo. Any fleeting acidity spikes usually go unnoticed.

But a growing body of work has suggested that for some people, even slight changes in this balance may be linked with certain psychiatric conditions including panic disorders. New findings this month provide additional evidence that such links are real—and suggest they may extend to schizophrenia and bipolar disorder.

There were earlier hints that this was the case: Post-mortem studies of dozens of human brains revealed lower pH (higher acidity levels) in patients with schizophrenia and bipolar disorder. Multiple studies in the past few decades have found that when people with panic disorders are exposed to air with a higher-than-normal concentration of carbon dioxide—which can combine with water in the body to form carbonic acid—they are more likely to experience panic attacks than healthy individuals are. Other research has revealed that the brains of people with panic disorders produce elevated levels of lactate—an acidic source of fuel that is constantly produced and consumed in the energy-hungry brain.

Yet despite those initial clues, researchers continued to puzzle over if the increased acidity seen in schizophrenia and bipolar patients was truly disorder-related—or the result of other factors, such as a person’s history of antipsychotic drug use or condition just before death. For example, “If you’re dying slowly, there would be a longer period where there’s a greater chance that you would have low oxygen levels and that’s going to change your metabolism,” explains William Regenold, a psychiatrist and professor at the University of Maryland. During a prolonged death, he explains, the body and brain begin to rely more heavily on an oxygen-independent pathway to produce energy. This can lead to higher-than normal lactate levels that subsequently decrease pH.

READ:  How giving up refined sugar changed my brain

Such questions are why Tsuyoshi Miyakawa, a neuroscientist at Fujita Health University in Japan and his colleagues recently decided to scour the 10 existing datasets from post-mortem brains of over 400 patients with either schizophrenia or bipolar disorder. Some prior studies did not bother to focus on acidity because researchers assumed the lower pH was the result of extraneous factors, Miyakawa says. In their new analysis, however, he and his team tried to test each of the leading theories around the disorder-acidity connection. First, they controlled for potential confounding factors such as a history of antipsychotic medication use and age at death. As they had suspected, brain pH levels in individuals with schizophrenia and bipolar disorder were significantly lower than in healthy controls. The team also examined five mouse models—rodents with mutations in genes associated with these conditions—and found similar results: The pH levels in the brains of these mice (which were free of antipsychotic drugs) were consistently lower, and their lactate levels higher, than those in comparable healthy animals. What’s more, the researchers had euthanized all the mice in the same way—which suggests the pH differences cannot be explained away by how long it takes to die.

These findings, published in Neuropsychopharmacologythis month, collectively provide the most convincing evidence to date that the link between brain acidity and psychiatric disorders is real, Miyakawa says. Regenold, who was not involved in the new work, agrees. “When you combine all these [datasets]and you find strong statistical significance, that’s when it becomes more convincing that [lower pH]would be inherent to the disorders,” he says. “I think what’s novel about this paper is that they are singling out lower pH and saying that this is something that—in and of itself—could well be part of the pathophysiology of these disorder, irrespective of what’s causing it.”

READ:  Brain Architecture: Scientists discover 11 dimensional structures that could help us understand how the brain works

But John Wemmie, a neuroscientist at the University of Iowa, says that while the findings of Miyakawa’s group are intriguing, “it’s tissue after the animals or the humans have died, so it’s hard to know if that’s related to the pH changes [in the living brain].” Live imaging studies conducted on people with bipolar disorder, schizophrenia and panic disorder provide much more direct evidence for the hypothesis that acidity may underlie these various psychiatric conditions, he says. By using magnetic resonance spectroscopy, a method that can detect biochemical changes in tissue, scientists have consistently found elevated levels of lactate in these individuals’ brains.

Even as it becomes clearer that brain acidity may be a key characteristic of schizophrenia and bipolar disorder, whether it is a cause or an effect remains an open question. According to Miyakawa, one possibility is that the increased acidity results from higher-than-normal neuronal activity in the brains of people with these disorders. “The neurons are more activated, more energy is needed, and that energy is provided by lactate,” he explains. Another popular theory is that the greater brain acidity among people with these psychiatric disorders could be due to impairments in mitochondria, the powerhouses of cells, Regenold says. Richard Maddock, a psychiatry professor at the University of California, Davis, who did not take part in the new study, also believes that this could be the case. However, he adds, these two hypotheses are “not mutually exclusive.”

Going forward, the big question will be whether low brain pH can lead to the cognitive or behavioral changes associated with these disorders, Miyakawa says. There are hints that this is the case—a study published last year in Translational Psychiatry, for example, found that elevated lactate levels in the brains of living patients with schizophrenia were associated with poorer cognitive function. There is also some evidence from rodent studies that acid buildup in the brain can influence behavior. “We know that receptors [that are activated by acid]have prominent effects on behavior in animals,” Wemmie says. “That implies that there may be changes in brain pH in the awake and functioning brain that people haven’t appreciated all that well.”

READ:  Old people can produce as many new brain cells as teenagers

Work by Wemmie’s group has revealed that lowering brain pH by modifying carbon dioxide inhalation can evoke fear-associated behavior in mice. They have also found that the activity of acid-sensing ion channels—receptors located at synapses, the junctions between neurons—can contribute to synaptic transmission and plasticity in some areas of brain such as the amygdala, which is in­volved in processing emotions. How relevant these findings are to people with schizophrenia or bipolar disorder remains unclear. But answering these questions could change how people with some psychiatric disorders are treated and diagnosed, Wemmie says. Right now, he adds, “it’s a potentially untapped avenue for therapeutics.”