You are at:Home»Celebrities & Mental Health»Ben Affleck visits a treatment center in LA… as actor ‘continues to seek help for alcohol addiction’

Getting help: Ben Affleck is seen at a an outpatient treatment center in LA on Wednesday as he continues to seek help for alcohol addiction

Ben Affleck is photographed at an outpatient treatment center in Los Angeles on Wednesday.

Dressed casually, the 45-year-old father-of-three looked in good spirits as he was spotted outside the building. 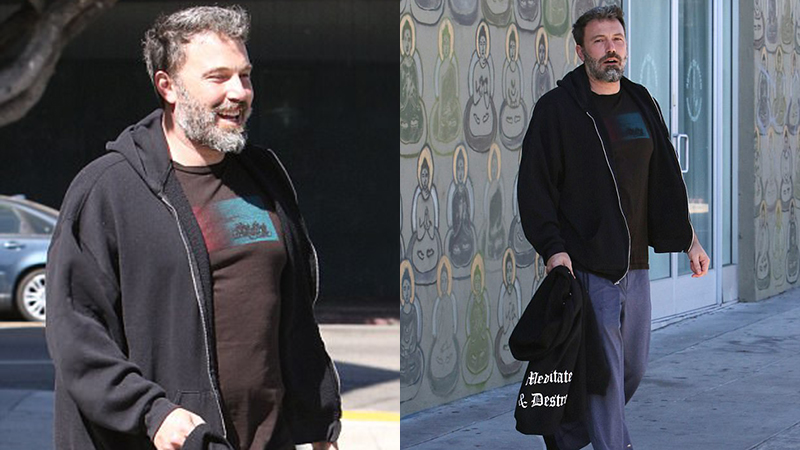 Swag: The 45-year-old actor was in good spirits during the visit and appeared to get a free a hoodie

An eyewitness said the actor looked ‘happy’ as he headed inside the facility.

‘He was in such a good mood and looked refreshed,’ the source said.

It was just seven months ago that the actor announced he had completed a stint in rehab for alcohol addiction.

Affleck announced in March that he had entered and completed a treatment program.

The actor wrote in a Facebook post: ‘I have completed treatment for alcohol addiction; something I’ve dealt with in the past and will continue to confront. I want to live life to the fullest and be the best father I can be.

‘I want my kids to know there is no shame in getting help when you need it, and to be a source of strength for anyone out there who needs help but is afraid to take the first step.

‘I’m lucky to have the love of my family and friends, including my co-parent, Jen, who has supported me and cared for our kids as I’ve done the work I set out to do.

‘This was the first of many steps being taken towards a positive recovery.’

The following day Ben’s girlfriend Lindsay Shookus, 37, was spotted out in New York while the movie star remains on the west coast.

Lindsay – who has reportedly been dating Ben since April – is based in New York where her ex-husband Kevin Miller and their daughter reside. 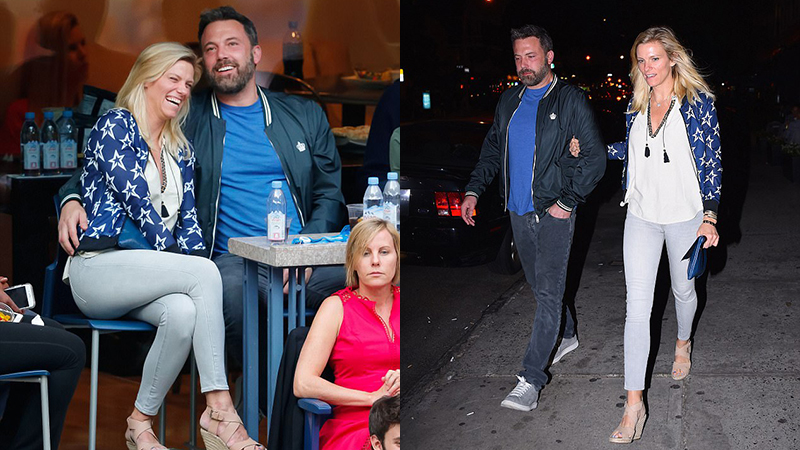 Support: Ben and Lindsay are pictured together last month at a tennis event

‘I want to live life to the fullest’: Affleck announced in March that he had entered and completed a stint in rehab for alcohol addiction

Ben and his estranged wife Jennifer Garner live in Los Angeles, where they amicably co-parent their three children.

Though Ben and Jen separated in 2015, the divorce filing only came this year.

On Wednesday, In Touch reported Affleck was being urged by close friends to enter inpatient rehab, and many of those concerned are allegedly hoping he will check-in for his longest stint yet.

‘He’s spiraling out of control,’ explained a source, who said the actor’s drinking has ‘gotten worse.’

The confidant believes it’s ‘only a matter of time’ before Affleck returns to rehab, with the source insisting the actor desires ‘nothing more than to be present for his family and girlfriend.’

‘He knows he needs to check back into rehab,’ said a confidant.  ‘The problem is that he wants to go on his terms. He wants to do it on his time, but like most addicts, that time keeps getting put off. This relapse has gone on too long already.’

READ:  Prince Harry Reveals He Entered Therapy After 2 Years of ‘Total Chaos’ in His Late 20s

The source added that whenever the actor is in treatment, he takes his recovery ‘very seriously’ and is also receptive to the advice of staff. 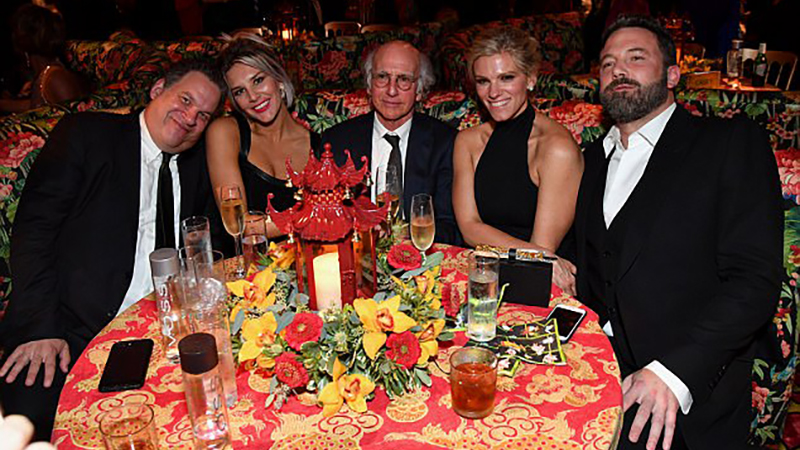 Previously: In a photo from the Emmy after-party, Affleck is seen sitting beside his girlfriend with a glass of water in front of him

The website also previously reported that Affleck was drinking at an Emmy after-party, where Lindsay celebrated her Emmy win with a champagne toast.

An insider explained Lindsay may not have been aware, ‘but she’s enabling him.’

In a photo from the party, Affleck is seen sitting beside his girlfriend with a glass of water in front of him.

DailyMail.com has reached out to Affleck’s representatives for comment on this story from In Touch.

Affleck previously completed a stint in rehab in 2001. 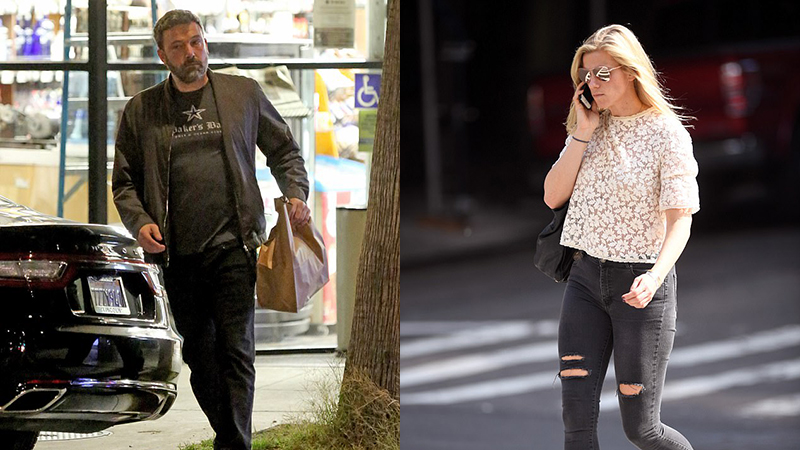 Off duty: The star was dressed down in sweats and showed off a full beard. Solo: he following day Ben’s girlfriend Lindsay Shookus, 37, was spotted out in New York while the movie star remains on the west coast

The actor was married to Jennifer Garner for ten years before the couple announced their split in 2015 and filed for divorce in 2017.

They have daughters Violet, 11, Seraphina, 8, and son Samuel, 5, together.

‘Ben is taking the utmost care of himself and working on himself continuously;’ a source said in August.

Not his first: Affleck previously completed a stint in rehab in 2001 (pictured leaving a liquor store in September 2017)

Share. Twitter Facebook Google+ Pinterest LinkedIn Tumblr Email
Previous ArticlePatient, 21, stabbed his psychiatrist 165 times, ran him over outside his clinic and left his body in the middle of the road
Next Article First marriages: I do, for now