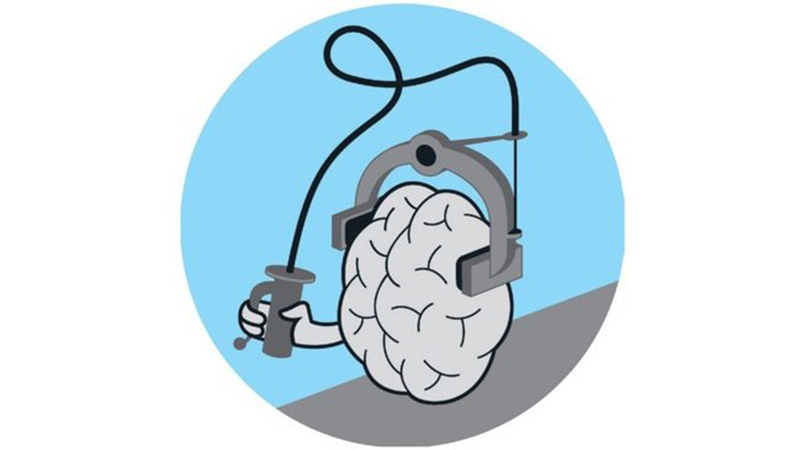 Everyone has unwelcome thoughts from time to time. But such intrusions can signal serious psychiatric conditions—from “flashbacks” in post-traumatic stress disorder (PTSD) to obsessive negative thinking in depression to hallucinations in schizophrenia. “These are some of the most debilitating symptoms,” says neuroscientist Michael Anderson of the University of Cambridge.

New research led by Anderson and neuroscientist Taylor Schmitz, now at McGill University, suggests these symptoms may all stem from a faulty brain mechanism responsible for blocking thoughts. Researchers studying this faculty usually focus on the prefrontal cortex (PFC), a control center that directs the activity of other brain regions. But Anderson and his colleagues noticed that conditions featuring intrusive thoughts—such as schizophrenia—often involve increased activity in the hippocampus, an important memory region. The severity of symptoms such as hallucinations also increases with this elevated activity.

In the new study, Anderson and his team had healthy participants learn a series of word pairs. The subjects were presented with one word and had to either recall or suppress the associated one. When participants suppressed thoughts, brain scans detected increased activity in part of the PFC and reduced activity in the hippocampus. The findings, which were published last November in Nature Communications, are consistent with a brain circuit in which a “stop” command from the PFC suppresses hippocampus activity.

Using magnetic resonance spectroscopy, the team also found that levels of GABA—the main chemical that inhibits signals in the brain—in participants’ hippocampi predicted their ability to suppress thoughts. “If you have more GABA to work with, you’re better at controlling your thoughts,” Anderson says. In other words, if the PFC contains the mental brake pedal, hippocampal GABA levels are the brake pads that determine how effectively the brain stops.

The study helps to bridge the gap between molecular neuroscience and human behavior—and how the process goes awry in disease. “It’s a great step,” says neuroscientist Brendan Depue of the University of Louisville, who was not involved in the work. “The next step is to do a drug study,” Anderson says. “Could we make people better [at suppressing thoughts]by giving them drugs that enhance GABA?”