You are at:Home»Mental Health»Depression»Scientists: Depression is a physical illness which could be treated with anti-inflammatory drugs 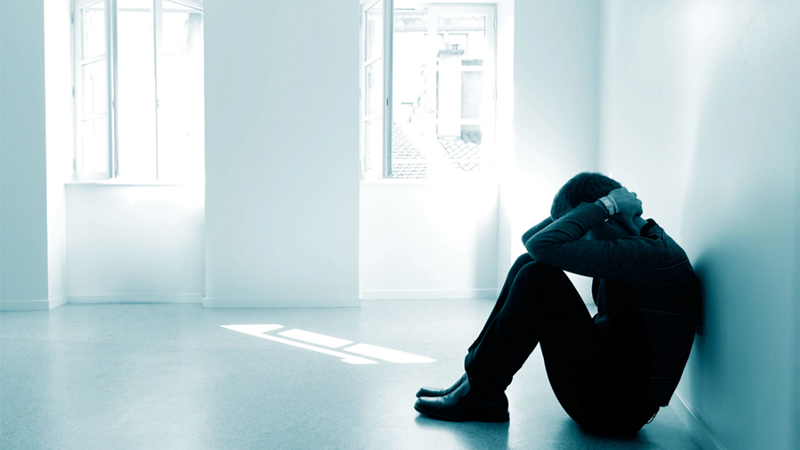 Depression could be treated using anti-inflammatory drugs, scientists now believe, after determining that it is a physical illness caused by a faulty immune system.

Around one in 13 people in Britain suffers from anxiety or depression and last year the NHS issued 64.7 million prescriptions for antidepressants, double the amount given out a decade ago.

Current treatment is largely centred around restoring mood-boosting chemicals in the brain, such as serotonin, but experts now think an overactive immune system triggers inflammation throughout the entire body, sparking feelings of hopelessness, unhappiness and fatigue.

It may be a symptom of the immune system failing to switch off after a trauma or illness, and is a similar to the low mood people often experience when they are fighting a virus, like flu.

A raft of recent papers, and unexpected results from clinical trials, have shown that treating inflammation seems to alleviate depression.

Likewise when doctors give drugs to boost the immune system to fight illness it is often accompanied by depressive mood – in the same way as how many people feel down after a vaccination.

Professor Ed Bullmore, Head of the Department of Psychiatry at the University of Cambridge, believes a new field of ‘immuno-neurology’ is on the horizon.

“It’s pretty clear that inflammation can cause depression,” he told a briefing in London to coincide with this week’s Academy of Medical Sciences FORUM annual lecture which has brought together government the NHS and academics to discuss the issue.

“In relation to mood, beyond reasonable doubt, there is a very robust association between inflammation and depressive symptoms.  We give people a vaccination and they will become depressed. Vaccine clinics could always predict it, but they could never explain it.

“The question is does the inflammation drive the depression or vice versa or is it just a coincidence?

READ:  A brain scan to tell if you’re depressed – and what treatment is needed

“In experimental medicine studies if you treat a healthy individual with an inflammatory drug, like interferon, a substantial percentage of those people will become depressed. So we think there is good enough evidence for a causal effect.”

Dr Kelly Brogan, author of A Mind of Your Own points to lifestyle changes with a natural anti-inflammatory effect that can help improve your mood:

Scientists at Cambridge and the Wellcome Trust are hoping to begin trials next year to test whether anti-inflammatory drugs could switch off depression.

“There is evidence to suggest it should work,” added Prof Bullmore.

The immune system triggers an inflammatory response when it feels it is under threat, sparking wide-ranging changes in the body such as increasing red blood cells, in anticipation that it may need to heal a wound soon. 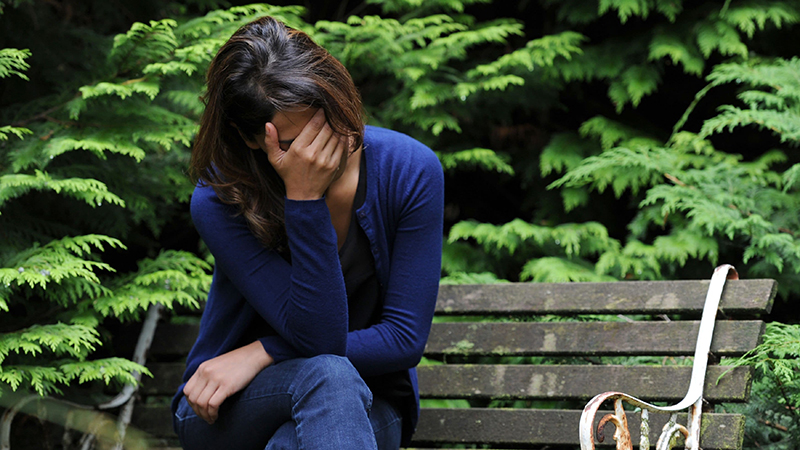 One in 13 people in Britain suffers from depression. / Photo: Anna Gowthorpe

Scientists believe that associated depression may have brought an evolutionary benefit to our ancestors. If an ill or wounded tribal member became depressed and withdrawn it would prevent a disease being passed on.

However a link has taken so long to establish because until recently scientists believed the brain was entirely cut off from the immune system, trapped behind a ‘Berlin Wall’ known as the blood brain barrier.

But recent studies have shown that nerve cells in the brain are linked to immune function and one can have an impact on the other. Around 60 per cent of people referred to cardiologists with chest pain do not have a heart problem but are suffering from anxiety.

Figures also show that around 30 per cent of people suffering from inflammatory diseases such as rheumatoid arthritis are depressed – more than four times higher than the normal population.

Likewise people who are depressed after a heart attack are much more likely to suffer a second one, while the lifespan for people with cancer is hugely reduced for people with mental illness.

“You can’t separate the mind from the body,” said Prof Sir Robert Lechler, President of the Academy of Medical Sciences.

“The immune system does produce behaviour. You’re not just a little bit miserable if you’ve got a long term condition, there is a real mechanistic connection between the mind, the nervous system and the immune system.

Research has also shown that people who have suffered severe emotional trauma in their past have inflammatory markers in their body, suggesting their immune system is constantly firing, as if always on guard against abuse.

Dr Alan Carson, Reader in Neuropsychiatry, at the University of Edinburgh, said: “All psychiatric and neurological disorders are based in brain and brain is not static but structurally and functionally responsive to a range of biological, psychological and social issues.

“Yet institutionally we use an outmoded code which separates brain disorders into psychiatric ‘f’ codes and neurological ‘g’ codes which holds back both scientific and clinical progress.”

“We must acknowledge a wide range of potential causes and treatments,”  he said. “For many people, long term physical illness can cause mental health problems, such as depression. This could be because of the impact of living with the illness, the pain and discomfort or side effects of medication, among many other reasons.

“We also need to look at people’s broader experiences, their lives and other challenges they face – such as a lack of access to services, experience of abuse or trauma, poor housing and exclusion, to ensure everyone with a mental health problem gets the support they need.”

One promising treatment for depression on the horizon is the use of electrical stimulation to change the signals between the brain and the immune system.

Prof Kevin Tracey, President and CEO, of the US Feinstein Institute for Medical Research, discovered that the brain controls production of a deadly inflammatory chemical called TNF, which if released in high doses can be fatal, causing people to, literally, die of shock.

He has recently developed a electrical device which reproduces the connection and switches off the chemical. Three quarters of patients with rheumatoid arthritis recovered following trials.

“This is the tip of the iceberg of a new field called bio-electric medicine,” he said.

“This is a new way of thinking about medicine. We’re using electrons to replace drugs. This will not replace all drugs. But there will be many drugs that are either too expensive, too toxic which may be replaced by these devices.”