You are at:Home»Mental Illness»Anxiety»Do You Think Anxiety Is A Serious Problem Among Young People? 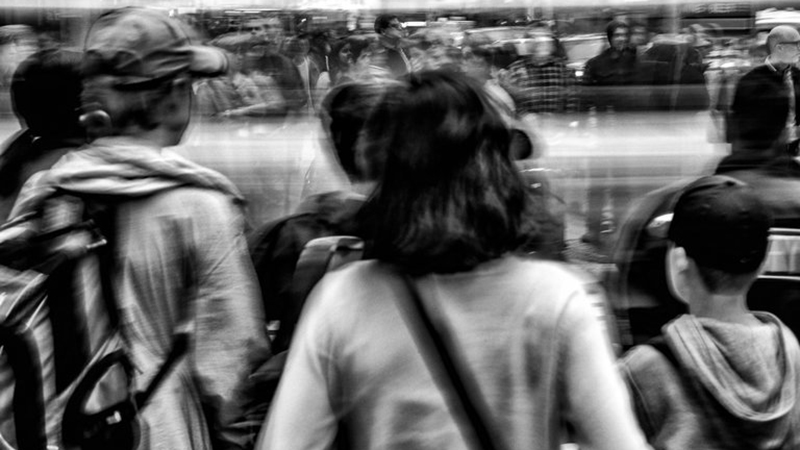 While to epidemiologists the disorder is a medical condition, anxiety is starting to seem like a sociological condition, too: a shared cultural experience that feeds on alarmist CNN graphics and metastasizes through social media.

In today’s article, you will encounter this sentence:“If you’re a human being living in 2017 and you’re not anxious, there’s something wrong with you.”

What do you think about that statement? Do you agree? Is anxiety, or feeling overwhelming worry, nervousness and even panic, a common part of your life or the lives of people around you?

In “Prozac Nation Is Now the United States of Xanax,” Alex Williams writes:

According to data from the National Institute of Mental Health, some 38 percent of girls ages 13 through 17, and 26 percent of boys, have an anxiety disorder. On college campuses, anxiety is running well ahead of depression as the most common mental health concern, according to a 2016 national study of more than 150,000 students by the Center for Collegiate Mental Health at Pennsylvania State University. Meanwhile, the number of web searches involving the term has nearly doubled over the last five years, according to Google Trends. (The trendline for “depression” was relatively flat.)

To Kai Wright, the host of the politically themed podcast “The United States of Anxiety” from WNYC, which debuted this past fall, such numbers are all too explicable. “We’ve been at war since 2003, we’ve seen two recessions,” Mr. Wright said. “Just digital life alone has been a massive change. Work life has changed. Everything we consider to be normal has changed. And nobody seems to trust the people in charge to tell them where they fit into the future.”

For “On Edge,” Ms. Petersen, a longtime reporter for The Wall Street Journal, traveled back to her alma mater, the University of Michigan, to talk to students about stress. One student, who has A.D.H.D., anxiety and depression, said the pressure began building in middle school when she realized she had to be at the top of her class to get into high school honors classes, which she needed to get into Advanced Placement classes, which she needed to get into college.

… “In our always-on culture, checking your phone is the last thing you do before you go to sleep, and the first thing you do if you wake up in the middle of the night to go to the bathroom,” Mr. Harris said. “Just today, I got an alert on my phone about the collapsing Arctic ice shelf. That’s scary as hell.”

Push notifications. Apocalyptic headlines. Rancorous tweets. Countless studies have found links between online culture and anxiety. But if social media can lead to anxiety, it also might help relieve it.

The “we have no secrets here” ethos of online discourse has helped bring anxiety into the open, and allowed its clinical sufferers to band together in a virtual group-therapy setting. Hence the success of campaigns like #ThisIsWhatAnxietyFeelsLike, which helped turn anxiety — a disorder that afflicts some 40 million American adults — into a kind of rights movement. “People with anxiety were previously labeled dramatic,” said Sarah Fader, the Brooklyn social media consultant who also runs a mental-health advocacy organization called Stigma Fighters. “Now we are seen as human beings with a legitimate mental health challenge.”

Read the entire article, then tell us:

— Which of the causes of anxiety that are identified in the article do you think are the most harmful? Why?

— Have you observed an increase in anxiety levels in yourself and the people around you over the past few years? If so, to what do you attribute this change?

— What do you think would help people feel less anxious? Explain.

— Whom do you think is in the best position to help young people who are experiencing anxiety—parents, teachers, medical professionals, friends? Why?

— The article suggests that online culture is both a cause of anxiety and a source of relief from it. How do you understand this? What examples you can give to back your ideas?