You are at:Home»News»At age 32 diagnosed with dementia: ‘There is nothing behind her eyes,’ says sister 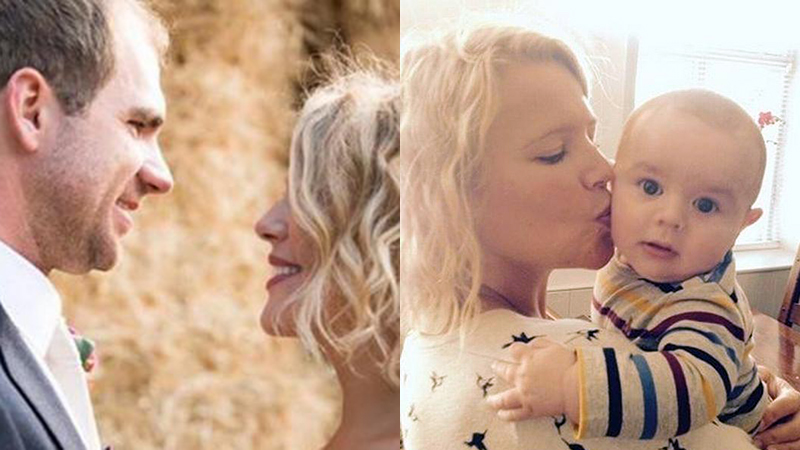 Becky Barletta had it all. The beautiful 32-year-old — who was a successful ski instructor and photographer — met her husband on the slopes in Verbier, Switzerland, and had a fairytale wedding in October 2015.

They planned to buy a home, have three children and spend the holidays with their close-knit families.

But just two months after the wedding, Barletta was given disastrous news on what became the worst day of their lives, her sister, Sophie Gilbert, tells People.

“She was diagnosed with frontotemporal dementia,” says Gilbert, 30. “We were told she’d live another 5 to 10 years. It was crushing.” 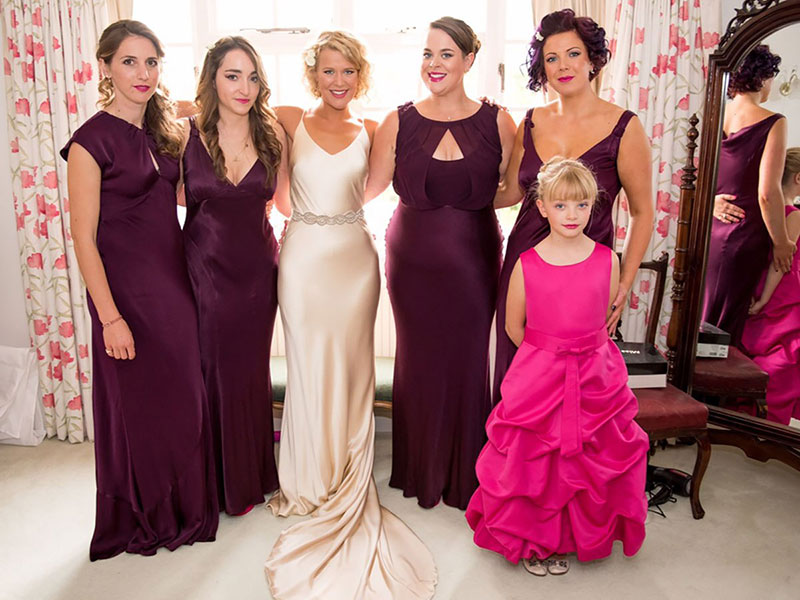 Becky Barletta with her bridesmaids at her wedding

Barletta’s condition is one of the most rare forms of dementia and first affects the part of the brain that deals with behavior, problem-solving, planning and the control of emotions, according to the Alzheimer’s Society.

Since her diagnosis, Barletta — who once studied photography at the London University of the Arts and traveled to Nepal with her husband Luca to volunteer at an orphanage — has rapidly declined, forcing her to move in with her parents and receive care 24 hours a day. A caretaker keeps her company throughout the day and makes sure she stays safe.

“It’s only going to get worse,” says Gilbert. “It just breaks my heart to watch.” 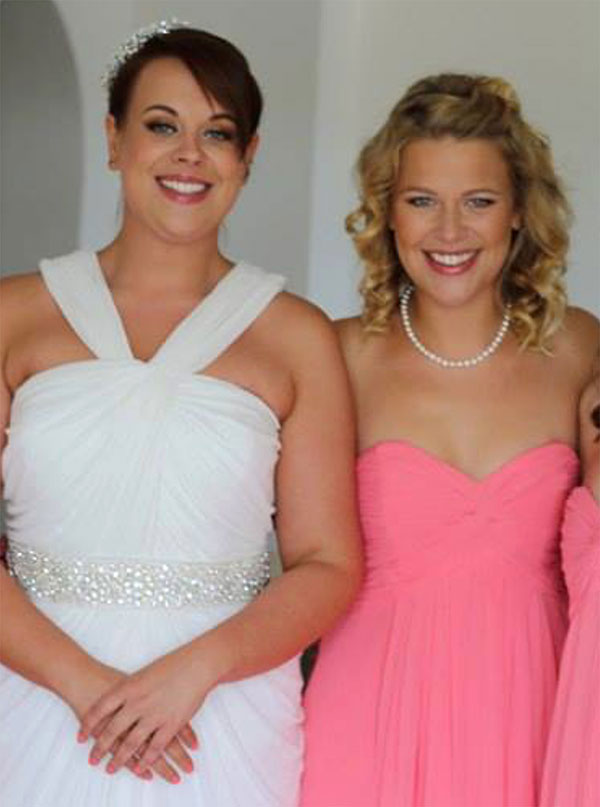 About six months before Barletta’s wedding, her family started to become concerned about her behavior.

“She started to exercise obsessively,” who lives next door to her sister and parents in Suffolk, England. “She’d go to the gym about three times a day and run 10 miles. We thought it was because of the stress of the wedding and hoped it’d get better when they got married and things calmed down.”

READ:  Teenagers who smoke cannabis damage their brains for life and may be more likely to develop schizophrenia

But after the wedding, their concerns only escalated when the family went to Barbados to celebrate their mother’s 60th birthday. 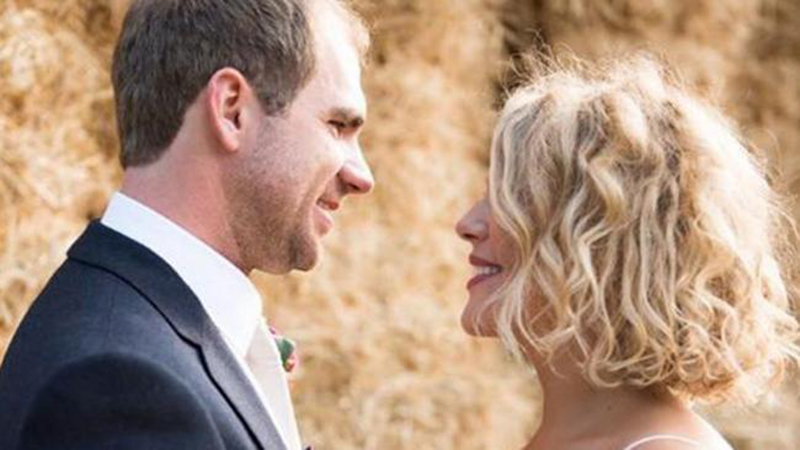 “We had a really lovely holiday but she seemed a bit uninterested in the family and any activities we were doing,” she recalls. “We were thinking she might have had a breakdown and might need rehab and counseling.”

A week after she came home from the trip, Barletta was suspended from her job for inappropriate behavior and not concentrating when she was teaching people to ski.

“My parents went to go visit her,” says Gilbert, adding that her mother’s brother died from the same form of dementia four years ago when he was in his 50s.

“She told us that she was noticing all of the same signs with Becky and that she thought it might be dementia,” Gilbert says. “We all said, ‘No, please don’t let it be that. She’s too young.’ It’s the last thing we wanted.”

Barletta insisted everything was fine and told everyone not to worry. Yet Gilbert kept on pushing her to get tested for the disease at Addenbrooke’s Hospital in Cambridge, England, with the same doctor that diagnosed her uncle.

“We had to really persuade her to go,” she says. “I said to her, ‘I want to go and have the test done. I want to know more about the hereditary side of the disease.’ Finally, she said she’d come with me and we went and both did the tests.”

One month later, on August 24, 2016, their worst nightmare came true when Barletta received a positive diagnosis.

“We were bracing ourselves for the news, but it was still utter devastation,” Gilbert says. 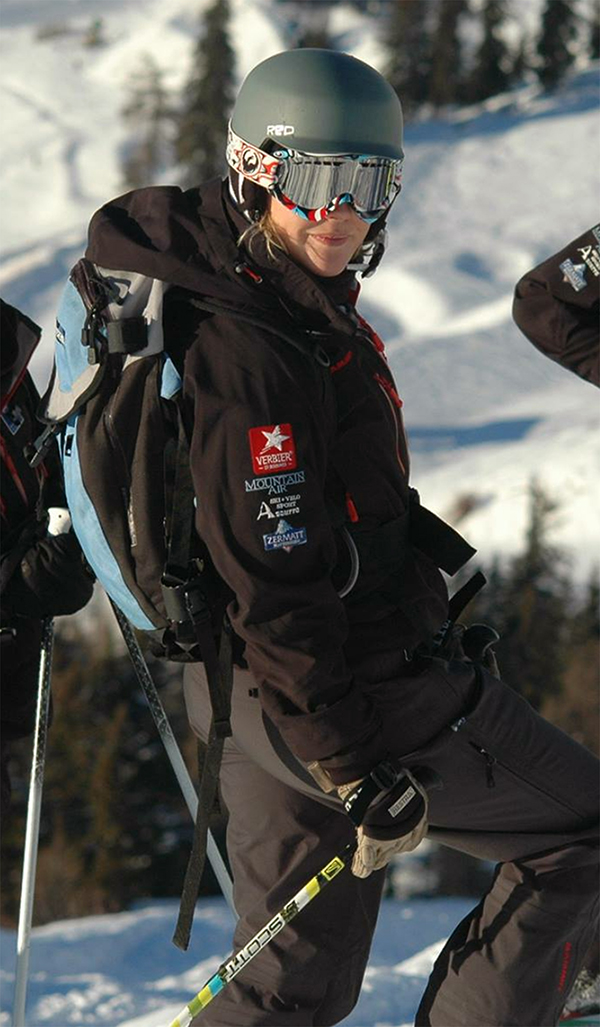 Occasionally, Barletta’s family says they “might see a glimmer of who Becky who used to be,” but for the most part, the disease has started to take over.

“You can’t have a conversation with her,” says Gilbert. “She will only talk to you about one of her many stories. Whether it’s about our family dog or something that happened at her wedding, they’re all stories we’ve heard over and over again. They’re said verbatim every time.”

Gilbert also says her sister makes strange noises and if someone asks her a question she might respond, but typically, she shows no interest or will go back to telling one of her usual stories.

For now, they are grateful for the abilities Gilbert still has before the disease takes away her capability to swallow, talk and walk.

“She has her memory and navigation for now,” says Gilbert. “She loves to walk and sometimes goes on 10 walks a day.”

Luca, who still works in Switzerland as a ski instructor, flies home to Suffolk once a week to see his wife — and she’s always happy to see him.

“She will say, ‘I have tears in my eyes and I don’t know why,’ ” says Gilbert. “She doesn’t know why she’s emotional; she can’t connect the dots.”

Gilbert says it’s unbearable for everyone, including Luca — the man who was just beginning his life with Barletta.

“There is nothing behind her eyes. It’s this glazed look,” she says. “You wonder what is going on in her head. I just hope she’s happy in her own little world.”

Gilbert, who has two young children, thinks about the many things her sister will miss out on, including starting her own family.

“It’s quite hard for me as a new mom because I know what a joy children are and I wish she could have had that,” she says. “My children won’t have cousins and we won’t have those family holidays that we had planned in our heads for the future. She always wanted to teach my children to ski.”

She adds: “Becky was so brilliant and loved to travel. She had her entire life in front of her. She would do anything for anyone.”

Gilbert and her family now want to do everything in their power to try and find a cure for dementia, which has now struck their family twice. They created a Just Giving campaign to help raise money for the Alzheimer’s Society.

“This disease has stripped away Becky’s dignity,” says Gilbert. “It ravages your brain. You don’t want to end your life being confused. It’s just the cruelest. We need to find a cure.”