You are at:Home»News»Forget Freud: Dreams Replay Our Everyday Lives 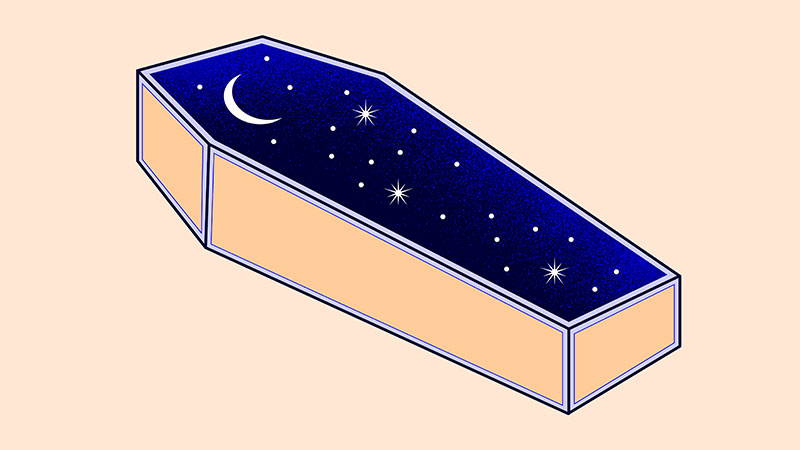 Thanks to Sigmund Freud, we all know what it means to dream about swords, sticks and umbrellas. Or maybe we don’t.

“For 100 years, we got stuck into that Freudian perspective on dreams, which turned out to be not scientifically very accurate,” says Robert Stickgold, a sleep researcher and associate professor of psychiatry at Harvard Medical School. “So it’s only been in the last 15 to 20 years that we’ve really started making progress.”

“I had a horrible dream. Howard was in a coffin. I yelled and screamed at his mom that it was all her fault. I kicked myself that I hadn’t waited to become a widow rather than a divorcee in order to get the insurance. I woke up feeling miserable, the dream was so icky.” – Barb, recording her dreams for years, in 1974

Today, most brain scientists reject Freud’s idea that dreams are highly symbolic representations of unconscious (and usually sexual) desire. That dream umbrella, they say, is probably just an umbrella.

But researchers are still trying to figure out what dreams do represent, and what their purpose is.

“There’s not really a solid theory about why dreaming is there,” says Benjamin Baird, a postdoctoral fellow at the Center for Sleep and Consciousness at the University of Wisconsin ­– Madison. “It’s a big mystery.”

But it’s not surprising that we do dream, Baird says. One of the main functions of our brain is to constantly create a model of the world around us, a sort of virtual reality that helps us interact with our environment.

When we’re awake, that model is heavily influenced by what we are seeing and hearing and feeling. But during sleep, when there’s not much input from our senses, the brain’s model of the world is more likely to rely on internal information, like memories or expectations.

“So something like dreaming is to be expected,” Baird says.

And by studying people as they sleep, scientists have learned a lot about dreams.

One observation from sleep labs is that we dream a lot, even though we rarely remember these dreams. 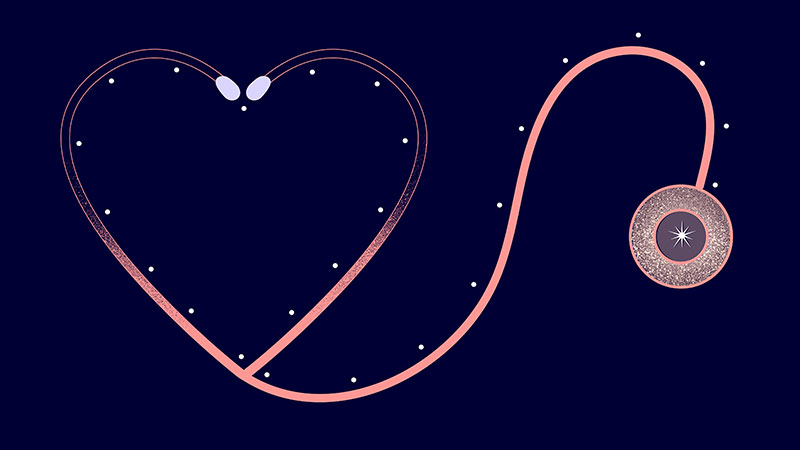 “Me, my mother, my sister and my cousin were standing in front of a building I believe to be the health center. I was telling them that I signed up with a doctor to be an assistant. … He saw me and waved and smiled as he walked towards us. Then I couldn’t believe it; my mother started flirting with him. I was so embarrassed, and so was the doctor.” – Nancy, college student, in 1997

“I am not convinced that there is ever a time when we’re asleep that we don’t have some form of consciousness going on,” Stickgold says.

READ:  At age 32 diagnosed with dementia: ‘There is nothing behind her eyes,’ says sister

When a person is woken up, they report some sort of mental activity about 80 percent of the time, Stickgold says. He says many of these “mentation reports” are more fragmented and less likely to contain narrative elements than what most people consider a dream.

And scientists have revised an old assumption that dreams occur only during rapid eye movement (REM) sleep. There’s growing evidence that dreams also can occur during non-REM sleep, though these dreams tend to be less vivid.

A Hot Zone For Dreams

Sleep studies also have led researchers to an area of the brain they suspect is responsible for generating dreams.

This region at the back of the brain becomes very active when people are dreaming, a team reported earlier this year in Nature Neuroscience. The team studied the electrical patterns in the brains of 32 people as they slept, and woke them up repeatedly to ask about dreams. 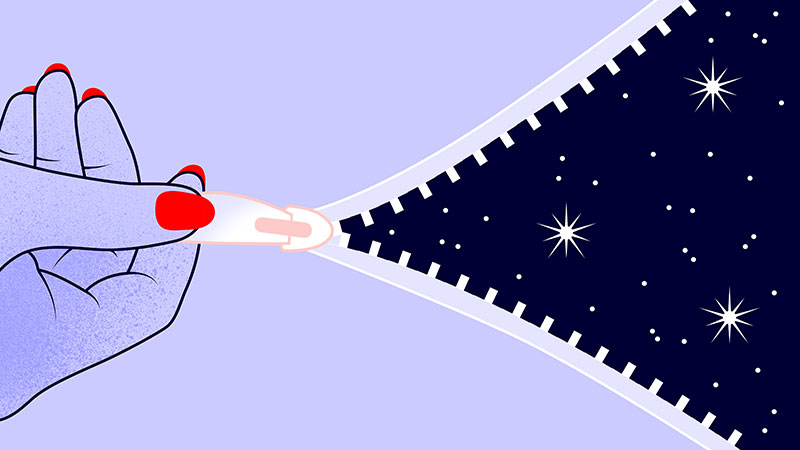 “We’ve stopped to get dinner and then all the sudden I’m at the front of the line looking at the cashier. She’s a redhead with straight hair and a really hot face and straight, perfect white teeth. … For some reason I’m confused and am having a hard time ordering.” – Toby, a young man who attends college in a beach town, in 2004

The researchers also found that brain activity could reveal some details of a dream, like whether it included a face or movement. These experiences activated the same brain circuits that become active when an awake person sees a face or experiences movement.

The finding supports other research finding that “we are using our brains the same when we’re dreaming [as]when we’re awake,” Stickgold says.

Many researchers believe dreams have a close relationship to the way our brains process memories.

“When we sleep, the brain does a lot of work, taking what we’ve learned, what we’ve encoded as new memories in the last day, and trying to figure out what they mean,” Stickgold says.

So dreaming may be a way for the brain to “take new information, combine it with old information in these totally strange ways, and see if it can get any insights into the usefulness of that information,” he says.

This sort of thinking grew out of studies showing that REM sleep can help people remember something they’ve learned. There is also evidence that during REM sleep, the brain relives certain recent experiences, burning them into long-term memory – a process known as memory consolidation. 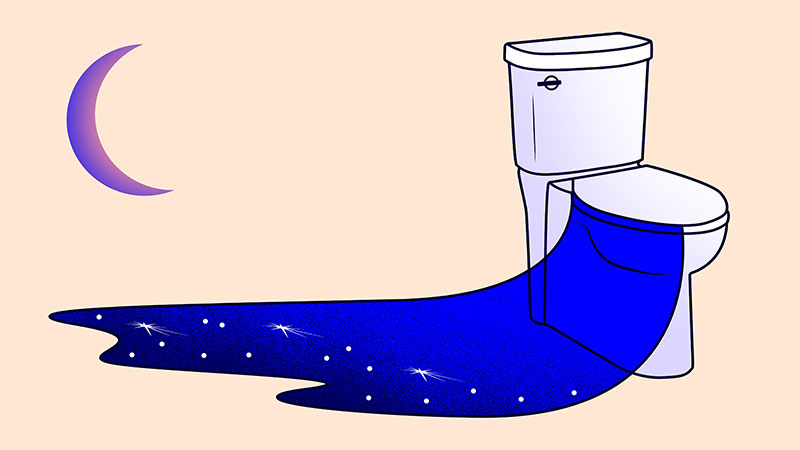 “Matthew was still living at home for the time. The toilet overflowed. I said something to Matthew about how disgusting it was. He said, ‘Well, you might be able to talk me into cleaning it up for you.’ He did.” – Elizabeth, early 40s, in 2003

But scientists are still debating whether dreaming is an essential part of this sort of memory processing, or just a novel byproduct of the brain’s nighttime activity.

Dreams And The Developing Brain

Even before birth, a baby’s brain begins experiencing intense periods of REM sleep, the sleep state usually associated with dreaming.

“REM sleep is clearly playing a developmental role because it is occurring in huge proportions just before and after birth,” Baird says. One hypothesis is that by dreaming in utero, the fetal brain is experiencing a sort of protoconsciousness that will help it become fully conscious later on.

But there’s no way of knowing whether a fetal brain is actually dreaming, or what it would dream about. And children don’t begin having dreams with story lines until about age 5, when their waking brains have learned to tell stories.

Dreams We All Dream

A number of Freud’s observations about dreams are still relevant, even if his interpretations of them are less than scientific.

For example, he observed that certain dream elements are common, if not universal. Teeth, for example. 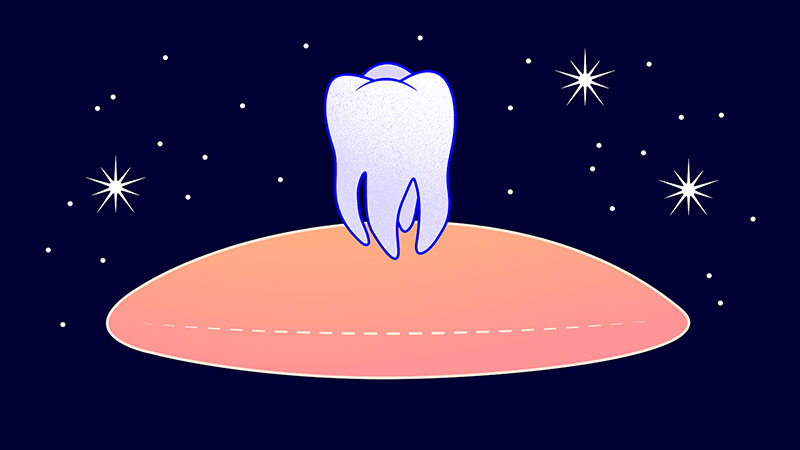 “A particularly remarkable dream symbol is that of having one’s teeth fall out, or having them pulled,” Freud wrote in A General Introduction to Psychoanalysis. He goes on to say that’s usually a symbol for castration “as a punishment for onanism.” The castration explanation may be off base, Baird says. But problems with teeth are, indeed, something many people report in their dreams. “It’s weird,” he says. “What has that got to do with anything?” Baird suspects we share many dreams like this because we share the same nervous system design, and many of the same anxieties.

Dreams may be so hard to pin down scientifically because they are so closely related to consciousness, a concept that has bedeviled scientists and philosophers for centuries.

We all somehow know we are conscious. But it’s been difficult to define precisely what consciousness is, let alone determine how it is generated by the brain.

In some dreams, “consciousness” may be as simple as feeling an emotion or seeing a face. In others, though, it can involve complex narratives, detailed images and seemingly real experiences. 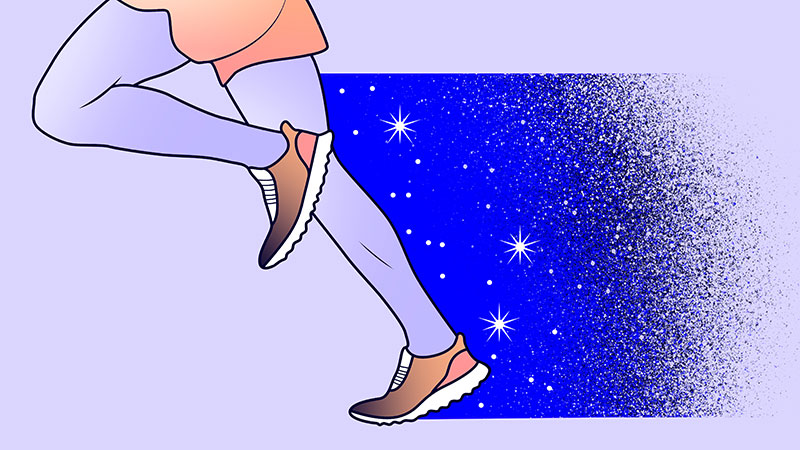 “Most of the dream takes place at night. I’m running continuously through a place that looks sort of like my town. I half realize I’m dreaming, but not really. I just remember thinking that it’s so easy to run in a dream without getting out of breath.” – Jeff, high school senior, in 2000

“It’s astounding, really, that completely on its own the brain is taking some random activation and structuring it into these fantastic narratives,” Baird says.

Both Baird and Stickgold think dreams may offer a way to study consciousness. One reason is that when someone begins dreaming, it’s possible to watch their brain enter a certain state of consciousness. That is allowing scientists to look at the brain circuits that are involved in producing this state.

And Baird is particularly interested in dreams known as lucid dreams. They are unusual because the dreamer is actually conscious that they are dreaming, Baird says.

He and other researchers say lucid dreaming may be a state in which the brain is simultaneously awake and dreaming. So it may be possible to have dreamers themselves ask what their dreams mean.

The dreams illustrated were compiled by researchers at the University of California, Santa Cruz. Illustrations are by Jennifer Qian. Kerin Higa, Katie Park and Meredith Rizzo contributed to this report.