You are at:Home»Pedagogy»Teaching children to fear: Stop saying “be careful” 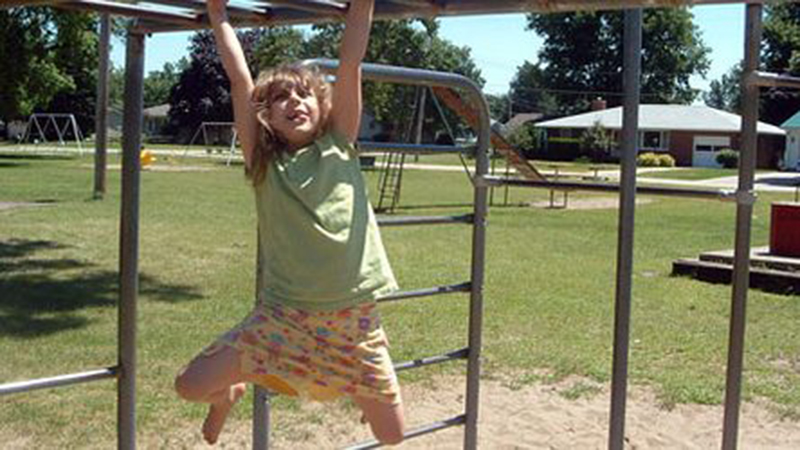 How many times do you imagine a child hears an adult say, “Be careful!”? I suspect it’s a close second to them hearing, “No!” And, if it’s a female child, it may be the number-one phrase coming at them, as studies have shown that girls are cautioned far more often than boys.

This, of course, is a clear and persistent message that one shouldn’t take too many risks. That there are far too many hazards in the world. So, children learn to “stay safe.” They learn to fear.

But outright cautions aren’t the only way in which children are receiving those messages. When a school takes away all traditional playground equipment and replaces it with safe, sanitized (read: boring) plastic, they don’t need to hear the concern spoken aloud to get the message. When a school bans tag or cartwheels, children learn that it’s safer to be sedentary than physically active. When children aren’t allowed to walk – or do much of anything, really – alone, the not-so-subliminal message is that they need to be protected…from everything.

Our society – and its 24-hour news cycles – have generated so much fear that if parents and educators could literally bubble-wrap kids, I believe they would. But, as Lenore Skenazy repeatedly points out, we’re prioritizing fear over facts! She reported just last week that another school has banned cartwheels on the playground – not because there have been any injuries from cartwheels, but because the potential for injuries exists! (Does that mean we should no longer let children ride in cars?)

This tells me that adults are placing their needs above those of the children. Because, the fact is, children need to take risks! Indeed, they were created to do so – and to know just how far they can push the boundaries. As research professor Peter Gray points out, risky play teaches children emotional resilience. We believe that we’re protecting children when we “bubble-wrap” them, but the truth is that children who grow up afraid of risk will not be resilient. They will not be problem solvers. They will certainly not be able to handle risk, which is inherent in life, when it comes along. Often, they will crumble when faced with challenge.

We wouldn’t keep a child from learning to speak, or read, and then expect them to suddenly know how to do so as an adult. Why is it we think we can keep children from learning to take risks – from learning to overcome challenges – and that they’ll miraculously acquire the ability when they’ve grown taller?

“…it’s not up to parents or experts to decide what is risky play for a particular child. Rather, children need to be given
the mental and physical space to figure out the appropriate risk levels for themselves: far enough that it feels
exhilarating, but not so far that it becomes too scary.”

Whether you’re a teacher or a parent, I hope you’ll keep all of this in mind when your automatic, go-to reaction is to say “Be careful!” And, to help you, here’s a wonderful chart I found on Facebook: 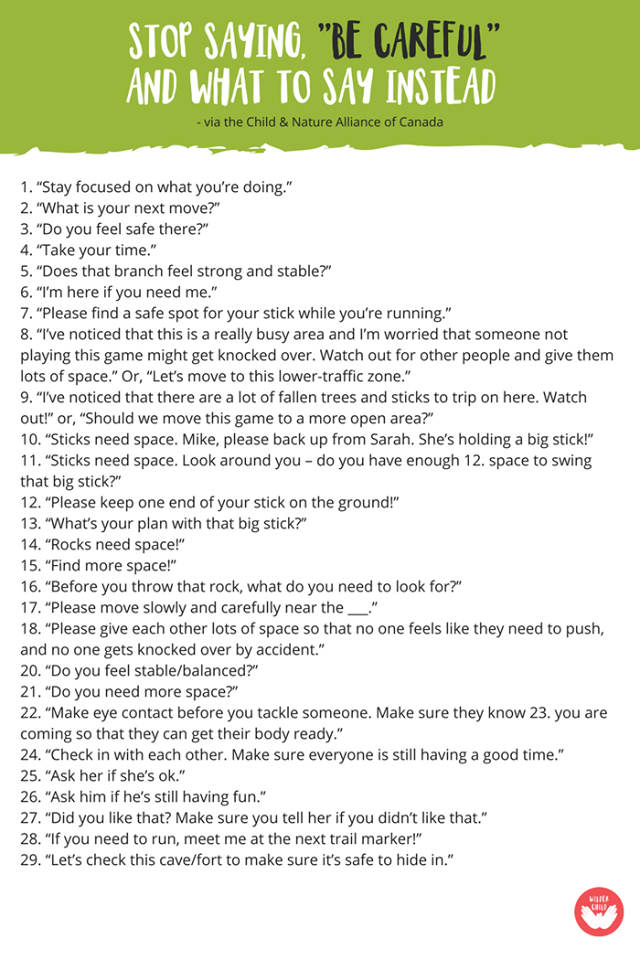