You are at:Home»Stories»‘I Thought He Would Die’: Daughter Documents Homeless Dad’s Life 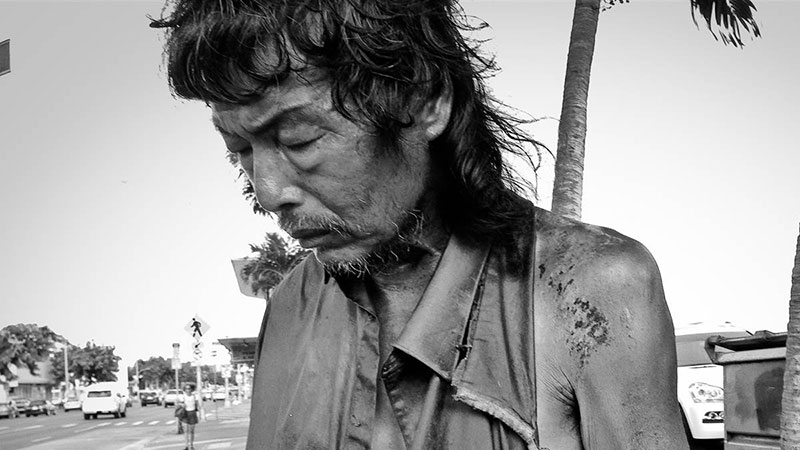 Diana Kim is a 30-year-old O’ahu-based photographer whose love of her home, and her craft, were born from her family.

“I grew up on the island of Maui and consider the islands to be home,” said Kim. “My father owned a photography studio at one time, so my earliest introduction to photography was through him.”

But over time, Kim’s parents separated. Her father, she says, became “absent.” Kim spent years bouncing between relatives’ homes, including a few years living in parks, cars, and with friends.

“I always thought of it as ‘roughing it,’ so it didn’t really bother me,” she recalled. “My survival instincts were always strong.”

In 2003, as a student, Kim began a photo essay about the homeless communities around her, continuing and expanding the project and her advocacy for years.

Years later, Kim’s grandmother alerted her that her father’s mental health had deteriorated – that he refused to bathe, eat, or take his medication; that she wasn’t sure where he was living. While shooting her project on the streets of Honolulu in 2012, Kim found her father among the homeless she was documenting. Over the next few years, struggling to reconnect and breakthrough to him, she turned her camera on the man she thought she had lost.

Kim shared her photos with NBC Asian America, along with the stories behind them. 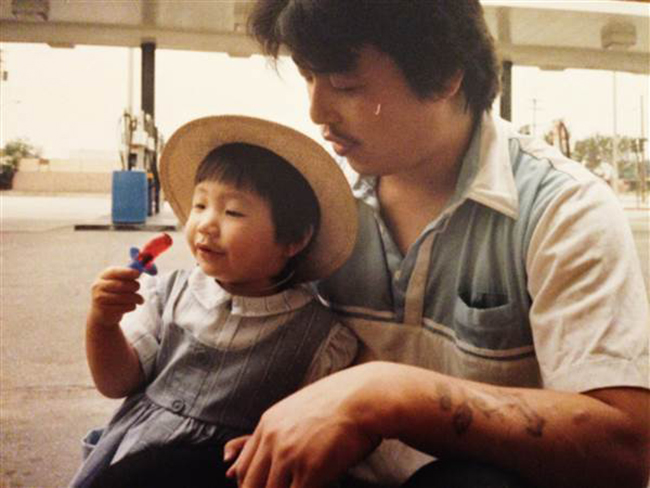 “Some of the earliest memories I have of my father is of him giving me Ring Pop candies whenever my mother and I would visit him. I had an insatiable craving for sweets and he would go behind my mother’s back and sneak me gummy bears and Ring Pops.” 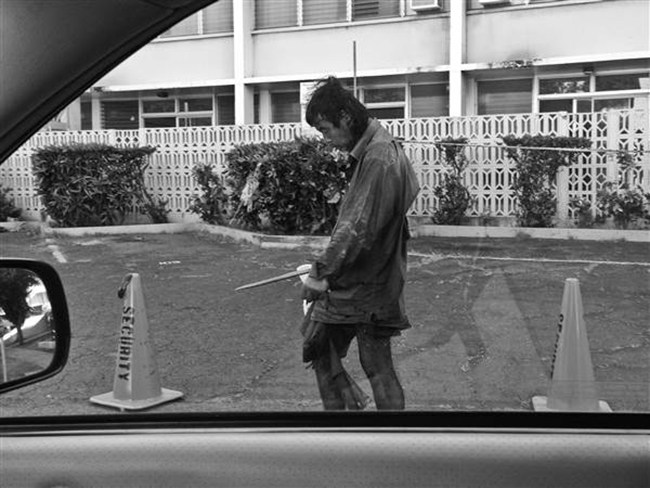 When Kim first encountered her father on the street, he’d lost considerable weight and didn’t recognize her. She calls the moment, “devastating.”

READ:  The homeless man who went to Harvard Law with John Roberts

“A woman came by and told me to ‘not bother,’ because he stood there all day. I wanted to scream at her for not caring, for being so cruel, and not considering that he was my father. But then I realized that anger wouldn’t do anything to change the circumstances we were in — so I turned towards her and said, ‘I have to try.'” 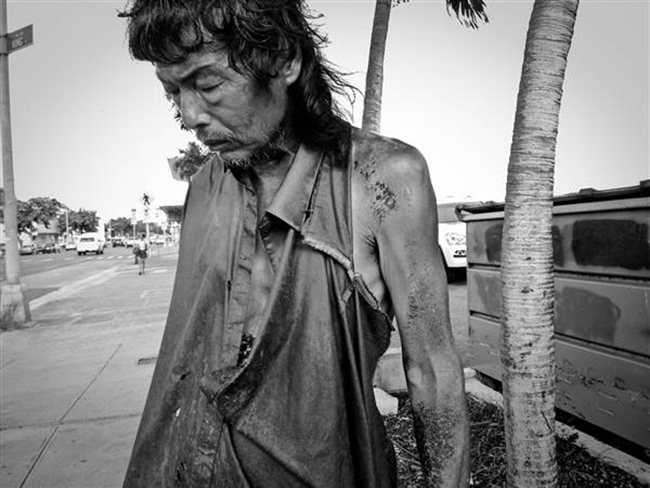 “Photographing my own father actually began as a mechanism of protecting myself at first. I would raise my camera phone in front of me, almost as if that barrier would help keep me together. It hurt to see him like this. Some days I would literally just stand there and stare downwards because I couldn’t get myself to see him in the condition he was in. My own flesh and blood, but still such a stranger to me…Many of the photographs were shot haphazardly. The photographer in me knew that these images needed to be created, that I needed to have them as a record for myself — a reminder that this was real even after I walked away.” 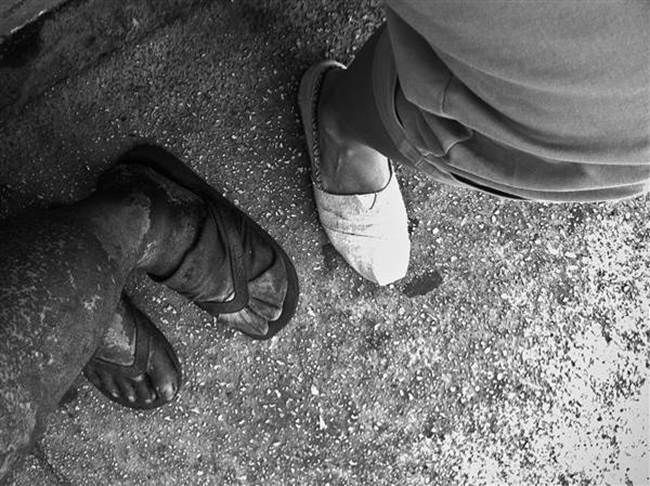 “There were nights when I wouldn’t find him. And other days when I least expected it, and he would be standing on the corner of a street. He suffered from severe schizophrenia, and left untreated, he was not always responsive. There were many instances when it appeared as if he was arguing with someone, but nobody was there. I can’t count the number of times I sat next to my father on the street, wondering how his future would look like. I would sit there and pray quietly, just asking for a miracle and wishing that he would accept assistance. He would refuse to get treatment, take any medications, eat, bathe, or wear new clothes. I wasn’t sure if he would get better. There were times when I thought he would die there on that street.” 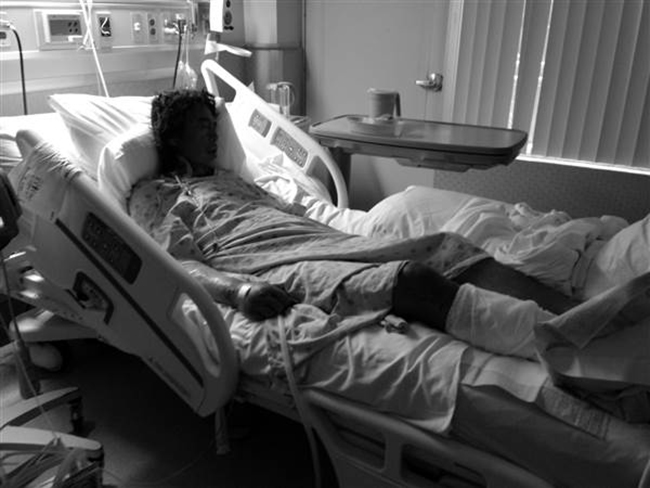 “My father had a heart attack while on the street, and someone cared enough to call the police. He was taken to a hospital and was then placed on medications. He eventually stabilized and his mental health conditions were addressed. Having the heart attack truly saved his life. It gave him the opportunity to get back on a treatment plan. And he has been on it ever since.” 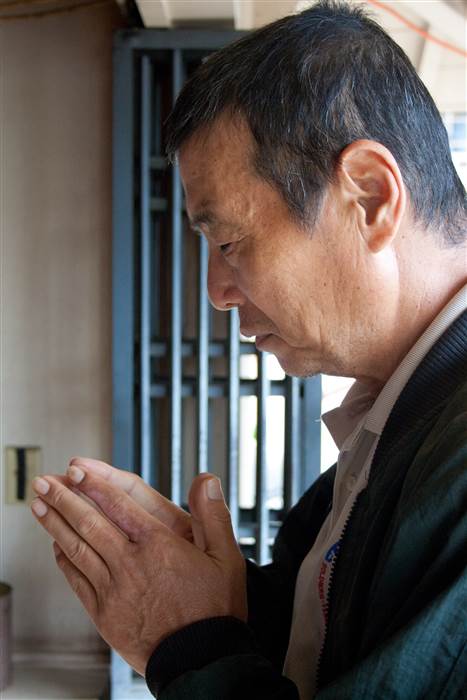 “Every day is a gift. Some days are more challenging than others, but seeing my father in the flesh is a constant reminder of the strength of the human spirit and how precious life is. I never had a relationship with my father growing up, and there was a lot he did and didn’t do that hurt me, but I have chosen to forgive him so we can move forward.” 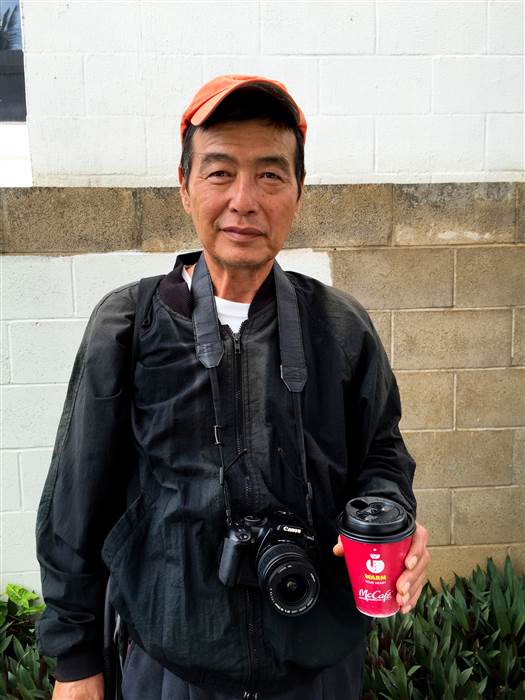 “My father is doing really well today. He is really proud of the fact that he has overcome such incredible adversity…He has goals, he has hope, and he has the will to succeed…Our relationship today is still very new. I would like to take him out to watch a movie soon. I have never watched a movie with him! We are taking things day-by-day. Believe it or not, his schedule seems busier than mine sometimes. He likes to help his friends by giving them rides to dentists’ appointments, and is planning to visit his family in South Korea.” 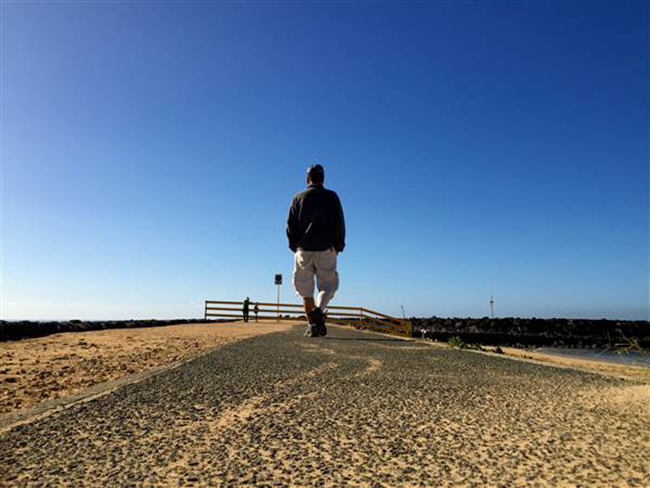 “Photography is not just about creating images — it is my window to experiencing the world and sharing relationships with people and things that I am drawn to. Looking through the lens and capturing that moment also captures my feelings in that moment. I think that, without the camera, I would have felt too naked and vulnerable to approach my father. I don’t think I could have made the same journey without the purpose of documenting his journey as well. My goal, long before my father ever became homeless, was to humanize those who lived on the streets. They each have a story, and I hope that by sharing my own story, it helps to give new perspective.” 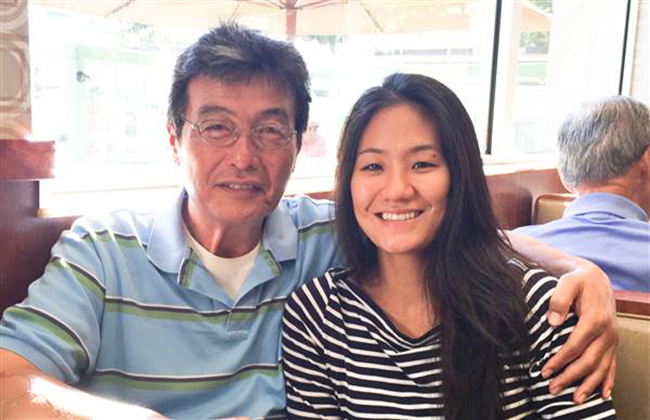 “So long as we are alive in this world, every day is an opportunity to take hold of that ‘second chance.’ There is no failure unless you give up, and he never gave up. And I haven’t given up on him.”

You can see more of Diana’s work and follow her updates on her website, The Homeless Paradise.