You are at:Home»Stories»Woman mysteriously living in Cancun airport 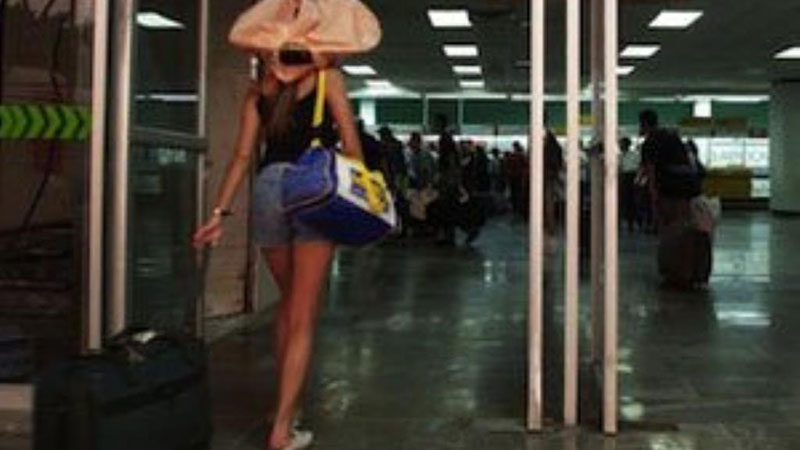 She’s not a criminal and she has a passport. But authorities at Cancun’s airport say a Mexican woman has been living inside the airport for more than a week after getting off a flight back from the U.S.

News Corp Australia reports that 45-year-old Marcela Silvia Montano Mancera is a Mexican citizen, leaving airport authorities baffled as to why she hasn’t simply left the airport and returned home.

“She looks like a regular passenger at first glance, people don’t look at her, but we have seen her every day. … We are not doctors, but it’s obvious that she has problems, some of my co-workers tried to speak with her, but at times it seems as if she loses it,” an airline worker told News Corp.

In the meantime, employees are becoming increasingly worried about the mental health of the woman, who has been seen eating, sleeping and even bathing at various locations throughout the airport. And reportedly, she has been withdrawing money from an ATM inside the airport, which would seem to rule out her squatting in the airport out of financial necessity.

The GlobalPost adds that Marcera has reportedly been speaking to herself in both Spanish and English since arriving at the airport on June 30.

According to federal police officers, she hasn’t committed a crime by lingering in the airport terminal, so they are unable to force her to leave.

Airport employees have unsuccessfully tried to locate Mancera’s relatives but have been unable to obtain useful information from her or from public records.