You are at:Home»Celebrities & Mental Health»Demi Lovato to offer therapy sessions to fans on US tour 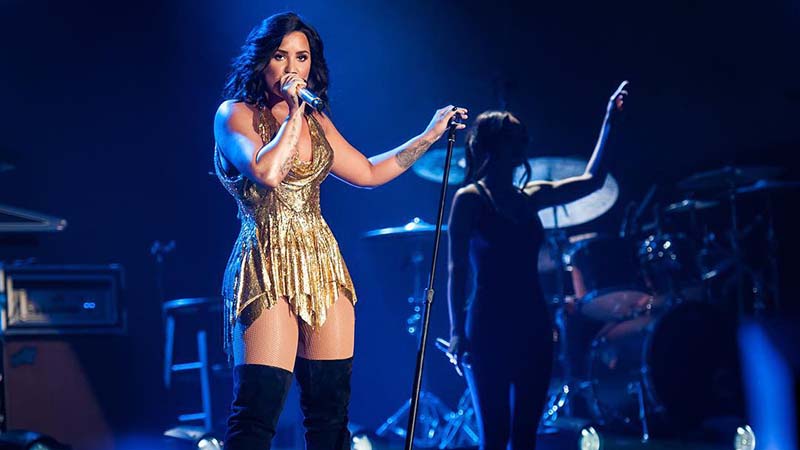 Demi Lovato is offering free therapy and wellness sessions to fans before the concerts on her US tour.

The singer, who has bipolar disorder, says its “really important to take away the stigma of mental illness”.

Fans with concert tickets will be able to sign up to therapy sessions and listen to speakers talking about mental health.

“It’ll be incredible and a very moving and inspiring experience,” she told Good Morning America.

The 25-year-old has been open about her struggles with substance abuse, eating disorders and depression.

She co-owns CAST centres – which treat addiction and mental health – and will be taking their work on the two-month tour which kicks off in February and features special guest DJ Khaled.

“It’s basically like a therapy session before the concerts and we have speakers from all over and we’re also helping out with different charities from around the country, so it’ll be incredible and a very moving and inspiring experience,” she said.

Demi previously offered the same sessions when she toured with Nick Jonas for the Future Now Tour in 2016.

She told GMA: “I’ve actually met people that go to CAST because they went to CAST on tours and realised they needed to get sober or they needed to better themselves in some other way and it’s changed lives and I want to be able to do that again.

“My whole life, you know, is about giving back and I think it’s really important that I continue to do this while I’m on tour.”

The singer says she wants to use her voice for more than just singing and share her own experiences of mental health issues.

READ:  Michael Phelps Says He Contemplated Suicide After 2012 Olympics: 'I Didn't Want to Be Alive'

“I hope it inspires people to either get into recover or better themselves.

“Whatever it is, I just want people to know they’re not alone and I’m here for them.”