You are at:Home»Celebrities & Mental Health»Philip Seymour Hoffman’s Widow Speaks Up About Her Husband’s Addiction 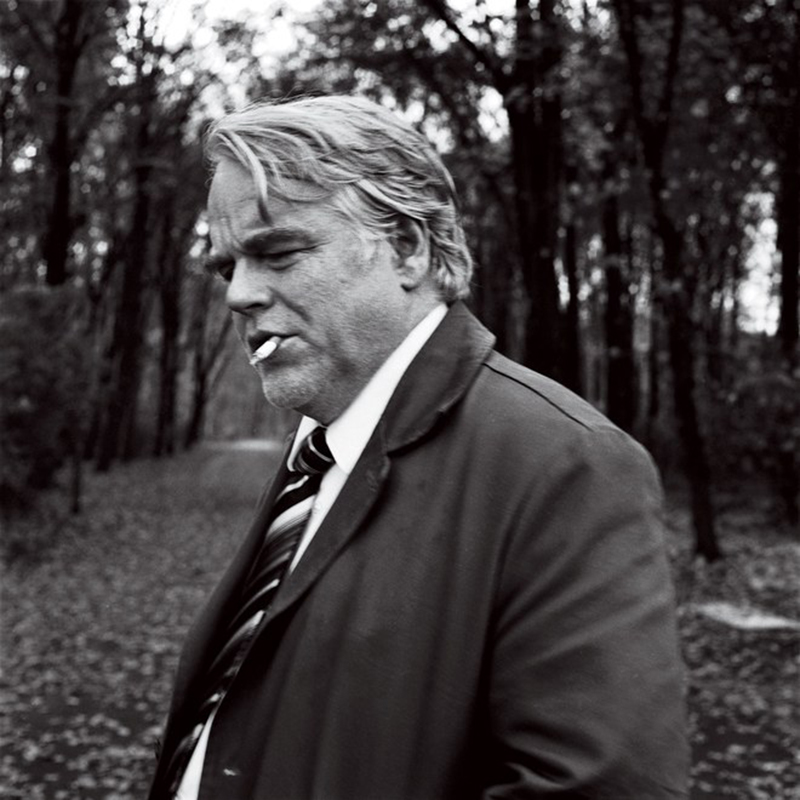 Mimi O’Donnell has opened up to Vogue nearly 4 years after her husband’s untimely death in 2014. Her husband Philip Seymour Hoffman died February 2, 2014 in his Manhattan apartment; there was heroin, cocaine, benzodiazepines and amphetamine found in his system. His death was ruled accidental due to acute mixed drug intoxication.

Mimi detailed their romance from the beginning, telling of her professional relationship that blossomed into friendship and then quickly turned into her being sweeped off of her feet. She began dating Philip in the fall of 2001 and from the beginning she noted that he was always very honest about his addictions.

“He told me about his period of heavy drinking and experimenting with heroin in his early 20s, and his first rehab at 22. He was in therapy and AA, and most of his friends were in the program. Being sober and a recovering addict was, along with acting and directing, very much the focus of his life. But he was aware that just because he was clean didn’t mean the addiction had gone away. He was being honest for me—This is who I am—but also to protect himself. He told me that, as much as he loved me, if I used drugs it would be a deal breaker. That wasn’t an issue for me, and I was happy not to drink, either. Phil was so open about it all that I wasn’t worried.”

They became official during a New Years Eve date and they quickly moved in together. In the spring she told Philip she was going to be taking herself off of her birth control and he agreed, “Good. Don’t” he said. She was pregnant with their first child and delivered their son Cooper in March of 2003.

While Philip’s family was growing his career was also skyrocketing, and soon his years long struggle with his own identity, as an actor was resolved. In 2006 he was awarded with an Oscar for his performance is Capote, and was ranked #35 on Premiere Magazine’s 100 Greatest Performances of All Time (2006).

O’Donnell characterized their life during this time, “If I were to take a snapshot of how things were before they changed, it would look like this: We were living in the West Village. We had three healthy kids. Phil’s career was skyrocketing. He and I were still collaborating on theater and films, and I had started directing plays. We had wonderful friends. We had money. His mantra was: We have it to give. And he did. Phil was endlessly generous with his time and energy and money, whether it involved something as serious as paying for a friend to go to rehab or just having coffee with an intern, meeting a writer struggling with a play at midnight, or showing up for a babysitter’s non-Equity showcase. He knew that it meant something because of who he was. He was never comfortable with celebrity, but he knew how to use his fame so that something good could come of it. I couldn’t have imagined a better life.” 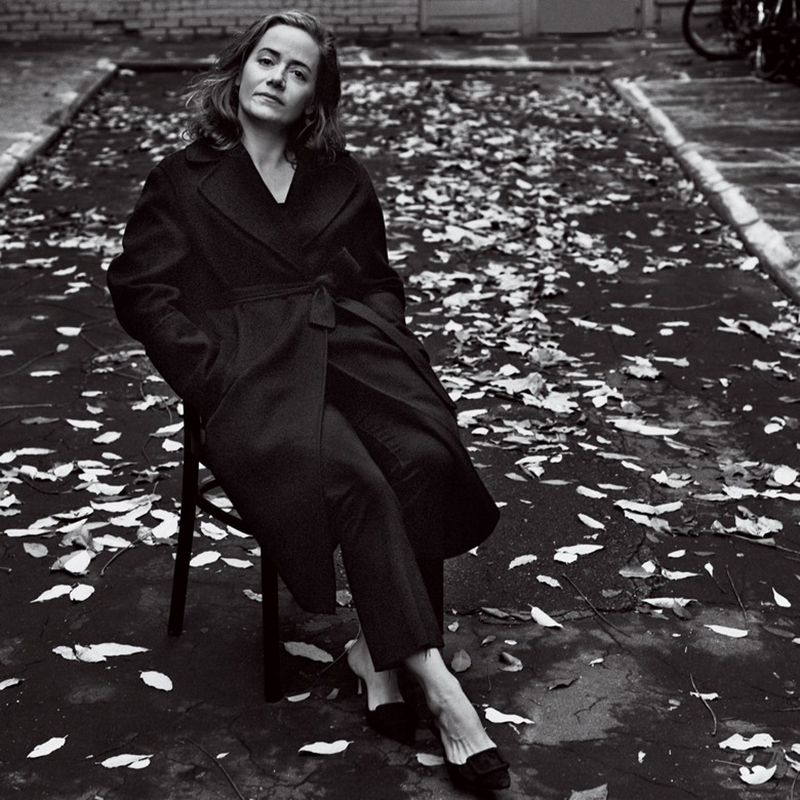 She spoke about when his relapse began and was very bold about it. “Twelve-step literature describes addiction as “cunning, baffling, and powerful.” It is all three. I hesitate to ascribe Phil’s relapse after two decades to any one thing, or even to a series of things, because the stressors—or, in the parlance, triggers—that preceded it didn’t cause him to start using again, any more than being a child of divorce did. Lots of people go through difficult life events. Only addicts start taking drugs to blunt the pain of them. And Phil was an addict, though at the time I didn’t fully understand that addiction is always lurking just below the surface, looking for a moment of weakness to come roaring back to life.”

She tells how when he began feeling weak was when his long time therapist died of cancer. His long time AA friends and he had had a falling out and his work load was growing to be too strenuous. “The first tangible sign came when, out of nowhere, Phil said to me, “I’ve been thinking I want to try to have a drink again. What do you think?” I thought it was a terrible idea, and I said so. Sobriety had been the center of Phil’s life for over 20 years, so this was definitely a red flag. He started having a drink or two without it seeming a big deal, but the moment drugs came into play, I confronted Phil, who admitted that he’d gotten ahold of some prescription opioids. He told me that it was just this one time, and that it wouldn’t happen again. It scared him enough that, for a while, he kept his word.”

Eventually after finishing projects, he was faced with a lot of free time and that’s when O’Donnell said he started using prescription drugs again.  “As soon as Phil started using heroin again, I sensed it, terrified. I told him, ‘You’re going to die. That’s what happens with heroin.’ Every day was filled with worry. Every night, when he went out, I wondered: Will I see him again?”

She spoke of the final come down “Phil tried to stop on his own, but detoxing caused him agonizing physical pain, so I took him to rehab. In some of the conversations that we had while he was there, Phil was so open and vulnerable that they remain among the most intimate moments of our time together. Within a day or two of returning, he started using again. At home, he was behaving differently, and it was making the kids anxious. We both felt that some boundaries would be helpful, and tearfully decided that Phil should move into an apartment around the corner. It helped us maintain a little distance but allowed us all to be together as much as possible—he still walked the kids to school, and we still had family dinners.”

“In the fall, Phil finally said, “I can’t do this anymore,” and he went back to rehab. We decided I would bring the kids, then five, seven, and ten, to see him for a family visit. We sat in a common room, and they asked him questions, which he answered with his usual honesty. He never came out and said, “I’m shooting up heroin,” but he told them enough so that they could get it, and they were just so happy to see him. It was hard when we left, because they all wanted to know why he couldn’t come home with us. But it felt healthy for us to deal with it together, as a family.”

“When Phil came back in November, he wanted so badly to stay sober, and for the next three months he did. But it was a struggle, heartbreaking to watch. For the first time I realized that his addiction was bigger than either of us. I bowed my head and thought, I can’t fix this. It was the moment that I let go. I told him, “I can’t monitor you all the time. I love you, I’m here for you, and I’ll always be here for you. But I can’t save you.”

“I guess that was also the moment I made the decision I had deferred while looking up at Freedom Tower back when Phil had first started using. It’s difficult to stay in a relationship with an active addict. It feels like being boiled in oil. But I couldn’t abandon him. I just had to figure out: How do I live with him? And how do I do it without caregiving or enabling, and in a way that protects the kids and me?

Some time in January, Phil started isolating himself. He was in Atlanta filming The Hunger Games. I called and texted him and said, “I’m here to talk.” At that point, we had started to shift things over to me financially, because Phil knew that when he was using he wasn’t responsible. We began making plans to set up another rehab as soon as the movie wrapped, but I knew we had a difficult path ahead of us.”

“It happened so quickly. Phil came home from Atlanta, and I called a few people and said that we needed to keep an eye on him. Then he started using again, and three days later he was dead.”

“What got me out of bed every morning and kept me alive, of course, were my kids. I had no choice: They needed me, and I loved them more than anything in the world. I would hit moments when I felt, I’m done. I’m so done, but then I’d see their faces, and right away it would become, OK. I can do this today. They were keenly aware that I was now their only parent, and Willa, my youngest, obsessed about it, asking, “If you die, how are people going to know how to find us?” It was almost a year before I could go out at night without the kids’ going into a panic. When I forced myself to make a few tentative forays into the world, within an hour there would be a phone call and I’d be on my way back home.”