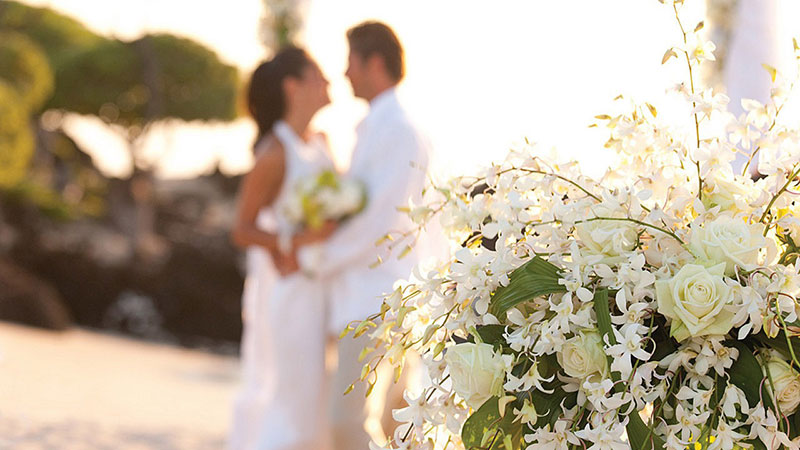 I want to preface this writing by establishing that we are no longer married. We had a stormy romance, a fairytale wedding and what I thought was our happily ever after. All of that was shattered when my daughter died and my husband abruptly ended the story of us.

When I first met “Mister” my life was filled with grief from the unexpected death of my previous husband, raising grieving teenagers and adjusting to life in a new state. My family and support system were 1,500 miles away. Although I am considered the “strong” one in my family, I am also an empath and was always trying to please those around me. The thought of someone loving me and taking care of me after several years of struggles was appealing.

Mister and I had great chemistry, similar backgrounds in military aviation and a joint passion for motorcycles and watercraft. We had many great moments together during our courtship however, he would disappear for days without notice or flake on our plans and not return messages. I told myself not to be the typical, jealous, insecure clingy girlfriend. I was the cool, confident, successful businesswoman. I refused to let my emotions ruin anything.

Whenever my suspicion of his infidelity arose, his response was always that I was causing problems and acting crazy. I was allowing all the drama and turmoil in my life permeate our relationship. Mister would accuse me of becoming the person I told myself I would never become. It is in these moments that I caved to his manipulation and was grateful when he would dismiss my inadequacies and profess his love to such a flawed individual. I began to feel lucky that someone could love a broken human such as myself.

When we began plans for our wedding my family and friends were opposed to our union. They had all witnessed the roller coaster of our courtship. Mister explained that for my own mental health and because of his love for me, I had to cut out those around me that did not contribute positive energy and support our relationship. I was convinced his love for me was all I needed and so we married in a private ceremony with no family or friends present. I won’t lie, our wedding in my eyes was magical. We were married on a Hawaiian beach with blue skies and equally blue water. I want to believe that it was his gift to me to have such a fairytale day to wipe away all the years of emotional turmoil.

In retrospect, his motives were tad more selfish. This was the beginning of my isolation. I slowly began to hibernate my empath tendencies and disconnect from co-workers, foregoing work events for nights at home with Mister. I allowed the distance with family to become my excuse for being emotionally and financially absent. I basically cut out all activity away from home and anything that didn’t involve him. Mister and I spent our weekdays enjoying our recently renovated home, barbecuing and playing with our dogs. Weekends were spent riding our motorcycles or heading to the lake with our jet skis.

I was terrified to fail at being a wife so I shared everything and provided access to everything that was me. I was an open book in our relationship. Admittedly, I found a comfortable peace in the confines of this web. His lesson began to make sense, not having people around meant no drama. My isolation seemed at the time, harmless self-preservation. Whenever someone came to me with their drama I simply shut down emotionally. My responses to others became disconnected. I developed the ability to listen and respond to other’s issues without emotionally investing myself. These adopted skills would eventually become my salvation.

Mister and I had been married for almost 2 years. I had a great career, a beautiful house and a happy marriage. It was October 14, 2014 and my world was on the precipice of yet another tragedy. Reflecting on everything now is like a slow motion blurry movie. The phone call, the frantic drive to the hospital. I had been here before; being informed that they did everything possible but the wounds were not survivable. My beautiful daughter Maxine had died from a single gunshot wound to the head. She had committed suicide on a Tuesday afternoon during an argument with her husband. It is in this moment that those skills of disconnecting would serve me best. My brain, my heart, my soul, my emotions went on autopilot.

Maxine was an organ donor, which allowed my surviving children and me a few days to say our goodbyes and reminisce all the memories we shared. My robotic responses to the outside world in organizing and planning our final goodbyes held firm, only crumbling in my solitary sleepless nights. I honestly don’t have a single memory of Mister during those first few weeks. With my heart and soul shattered, my attention and finances were naturally diverted to final arrangements for Maxine and future arrangements for my grand baby. My resources of time, energy and money no longer revolved around Mister and he was not opposed to pointing out those deficiencies. He shut me out emotionally and physically as punishment for being preoccupied.

I initially returned to work but quickly realized that I had been unhappy with my employer for quite some time and had no desire to return. The hint of my leaving a six-figure income terrified Mister. I had always been the financial provider in this relationship. The fracture this created in our relationship was palpable. All of this came to a crashing end, literally, when Mister totaled our car. The vehicle was insured through my bank so when they decided to pay us the value of the totaled car, the bank simply deposited the claim into my account. This single act of convenience prompted Mister to unleash a frightening level of anger and bitterness towards me. He was infuriated that the money didn’t go directly to him.

READ:  First marriages: I do, for now

I knew in my grief that we had been distant, but I was still in the “Us” mode. I couldn’t understand why he would even think that this money wasn’t “ours” simply because it went to my bank. It would all become dreadfully apparent when just 9 months after burying my daughter, Mister ended his tantrum with these four crushing words, “I want a divorce.” At any other time in our relationship, I would have cried and begged for forgiveness for whatever I had done. I would have offered him anything in the world to keep him happy and satisfied as my husband. This was not, however, just any other time.

I had been taught, by him, how to disconnect and sit complacent in the face of other’s emotions. So, I stood there and watched him turn red in the face over some money, scream at me for a divorce, make unreasonable demands and glare at me for a response. I calmly looked him in the eyes, agreed to his request, packed my bags and left. I did exactly what he had groomed me to do for the last several years, I let go and shut out the person who was not contributing positive energy in my life. In observing and adopting the traits of Mister, I learned how to shelter myself from unimaginable tragedy and to stand up for myself. Marrying a narcissist saved my life. He taught me the skills to extricate myself from his grasp and set myself free.

I was fortunate to have the ability to take an early retirement from my job. I bought a travel trailer and spent almost 2 years traveling the country. I have found a healthy balance of being an empath and still protecting myself, although there is always room for growth. Some say I was running from my grief, I choose to believe that I was finally living. In the face of tragic loss on an unimaginable scale, there is no better way to honor our loved ones than living life to the max!