You are at:Home»Marriage & Relationships»Study: Loneliness at epidemic levels in America 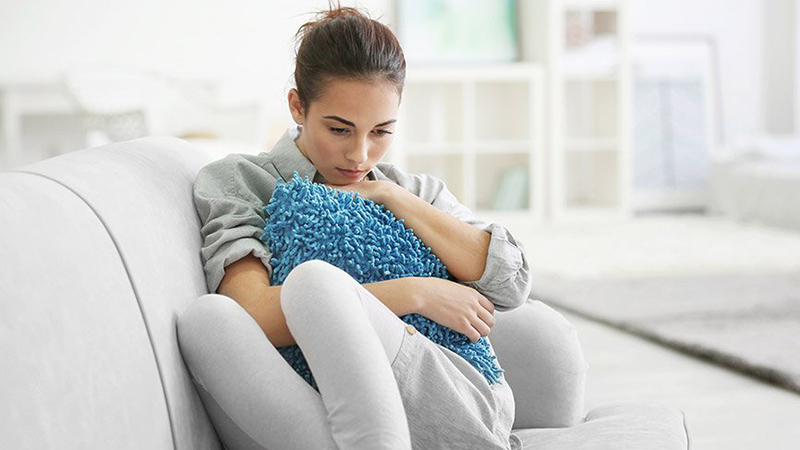 If you’re worried about loneliness, you have good reason.

A new study published by Cigna suggests that loneliness is on the rise in America, now reaching epidemic proportions. Data gathered from over 20,000 American adults during two weeks in early 2018 revealed that nearly half (46 percent) of those surveyed reported regularly feeling lonely. Consistent with these numbers, the study showed that fewer than 55 percent of Americans feel they engage in meaningful social interactions every day. Real conversations, intimate connections, worthwhile leisure with friends . . . these are not as routine as people might think

What’s so bad about being lonely?

Loneliness isn’t boredom, a bad day, or temporary feelings of rejection. It’s a chronic condition affecting millions of people of all ages and backgrounds. The 19th Surgeon General, Vice Admiral Vivek H. Murthy, called loneliness the “most common pathology” he encountered in all his years of medical practice (Murthy, 2017).

The adverse outcomes of loneliness are staggering. Not only is loneliness linked to irritability and depression, but it increases the risk of premature death by more than 25 percent (Cacioppo & Cacioppo, 2018). Evidence suggests that loneliness is as bad for your health as smoking 15 cigarettes a day and has a worse impact on your longevity than living with obesity (Murthy, 2017).

There are no areas of a person’s life that are untouched by loneliness. Work performance, creativity, and decision-making are marred by loneliness, not to mention cardiovascular function and psychological health (e.g., anxiety and depression).

Loneliness is not a character flaw or a result of poor social skills; it’s not tied to social class, race, or gender, and no known demographics offer any protection from loneliness. Rather, scholars recognize loneliness as a fundamentally situational condition affecting normal, ordinary people (Cacioppo & Cacioppo, 2018). When people experience loneliness — i.e., they feel socially isolated and alone, even in the presence of others — they are at risk for a wide variety of social, psychological, and physical problems.

The recent Cigna study highlights Generation Z (adults who are between 18 and 22 years of age) as the cohort of individuals most at risk for loneliness, a problem that is not dependent on social media use — a common assumption. Rather, their data suggest that social media users are no different from those who do not use social media when it comes to reports of loneliness.

READ:  Doctors in the UK are prescribing social activities to fight against loneliness

How at risk are you of becoming — or staying — lonely?

Empirical evidence suggests that loneliness is contagious. That’s right. You’re not immune to loneliness, and you can catch it: It spreads from person to person.

Cacioppo and colleagues (2009) discovered the social phenomenon of loneliness by studying people’s social circles, and how loneliness moves through these networks. Their work documented that lonely people tend to be connected with other lonely people. Loneliness was found in clusters and appeared more prevalent on the periphery of social networks. More importantly, their longitudinal analyses showed that lonely people spread their loneliness to others. When we interact with lonely people, we likely pick up on and experience their emotions, cognitions, and behaviors. In the same way that happiness can be contagious, loneliness appears to be as well.

How can you protect yourself?

The Cigna study highlighted factors associated with less loneliness. These data were gathered at one time point and cannot show cause-and-effect, but they offer potential entry points into the problem of loneliness.

1. Get active. Physical exercise is well-recognized by health psychologists, nutritionists, and medical professionals for its benefits to physical and mental health. Cigna’s evidence points to another potential benefit of exercise: Individuals who engaged in exercise were more likely to report having friends, connections, and companionship. Getting the right amount of exercise was associated with significantly less loneliness.

2. Create meaningful, in-person interactions. Connecting with others in a real way was one of the strongest predictors of low loneliness and good health. We are fundamentally social creatures; attending to our basic need to belong is vitally important to our well-being.

READ:  First marriages: I do, for now

3. Protect your sleep. Consistent good sleep is well-recognized for supporting cognitive function, mood, impulse regulation, and memory. Now there’s the possibility that it supports less loneliness, too. Participants in the Cigna study who reported the right amount of sleep also indicated less loneliness, having companionship, and having someone to turn to.

4. Work the “right” amount. Working too little or too much appears to predict loneliness. Those who work the amount of time that they perceive as “just right” were the least likely to report being lonely.

5. Remember the mind-body connection. In pursuit of health, we are often driven to focus on our physical bodies. While it is important to eat nutritiously, engage in physical activity, and sleep, we also need to care for our health by considering our social experiences. In other words, social health is a critical part of the story of our overall vitality. David Cordani — the CEO of Cigna — underscores the importance of a multi-faceted conceptualization of wellness. In your own life, you would do well to evaluate — and discuss with your physician — the full spectrum of factors contributing to your health.

Loneliness is not a personal problem — it’s a public health problem (Cacioppo & Cacioppo, 2018). It affects individuals’ well-being, but also has considerable economic and social impact. The situational forces driving loneliness can be powerful, and intervention points can be hard to come by. Starting with behavioral changes (e.g., eating, exercising) and intentional efforts to create connection seems appropriate, given Cigna’s findings. Most pressingly, we need significant resources and empirical attention geared towards countering the growing trend in loneliness.

READ:  A psychologist identifies 7 signs it's time to let go of a friendship

Share. Twitter Facebook Google+ Pinterest LinkedIn Tumblr Email
Previous ArticleAlabama ‘miracle’ boy awakes before doctors pull plug
Next Article Finland is the happiest country in the world, but Finns aren’t that sure about it