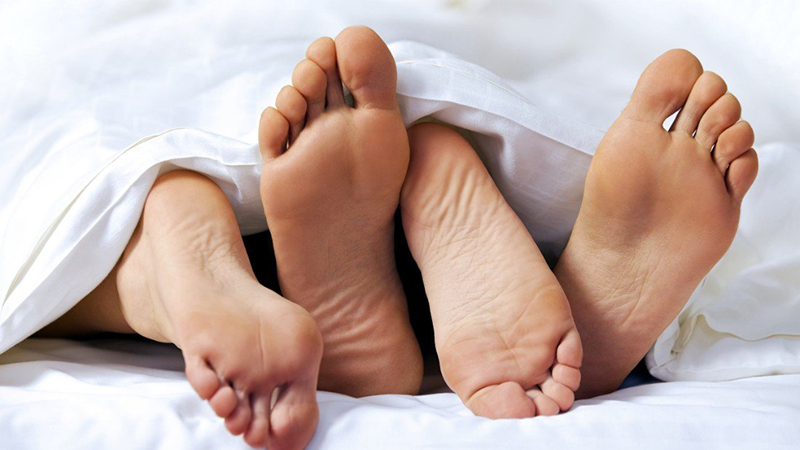 For the first time, compulsive sexual behavior — commonly called sex addiction — is classified as a mental health disorder on the World Health Organization’s International Classification of Diseases list — a decision not without controversy.

Updated in June, the list (called the ICD-11) is the foundational document that clinicians and scientists around the world use to identify and study health problems, injuries and causes of death.

The disorder is not about how many sexual partners a person has or how much sex they have; rather, it is when someone’s sexual behavior becomes a “central focus of the person’s life to the point of neglecting health and personal care or other interests, activities and responsibilities.”

The disorder may interfere with someone’s ability to go to work or finish school. It can hurt relationships. And although someone with this disorder may want to resist their constant need for sex, they’ve been unsuccessful. They may not even get pleasure from the repeated sexual activity.

A person with this disorder has had to be dealing with it over an extended period of time, according to the definition, which gives an example of six months or more.

What compulsive sexual behavior disorder is not, according to the definition, is “distress that is entirely related to moral judgments and disapproval about sexual impulses, urges, or behaviours.”

As when WHO added gaming disorders to the list of mental health disorders in June, not all clinicians agree that the condition is worthy of inclusion. Some debate whether it is astandalone disorder. Others doubt whether sex can be addictive and view the label as potentially shaming.

The Diagnostic and Statistical Manual of Mental Disorders, which American clinicians use to diagnose mental health problems, did not include compulsive sexual behavior as a separate category in its last update in 2013. The condition didn’t even make the appendix. That’s in part because there’s still a limited amount of research to explain this behavior.

READ:  Electric shock therapy may not be as bad as it sounds

“For centuries, people have been trying to understand what is the cause of hypersexuality. It has been called all sorts of names over the years, but it’s really only been in the last 40 years that we’ve tried to understand it from an academic perspective,” said Dr. Timothy Fong, a clinical professor of psychiatry at the Semel Institute for Neuroscience and Human Behavior at the University of California, Los Angeles.

Fong wrote a 2006 paper that lays out many of the scientific definitions and management strategies for this behavior.

Like with gambling addiction, Fong said, some experts have questioned whether compulsive sexual activity can be an addiction, since there is no substance like a drug or alcohol being abused, but some of the science is starting to suggest that this repeated behavior changes brain function, he said.

“When I have someone who looks me straight in the eye and says ‘My life is miserable because of this, and I’m suicidal, and my relationship is broken, and this is hurting my health,’ there is something there,” he said. “Our mission is to help that person, and now we have the language to give that person a better understanding of what that is, and it’s absolutely critical to have a common language so scientists can better understand this too.”

There are still no national studies documenting how many people have this problem. Some regional and local surveys suggest that it could affect 5% of the population. Fong says that would mean more people struggle with this issue than with bipolar disorder, schizophrenia or pathological gambling.

Research is limited, in part, due to a lack of funding and an inconsistency in the definition of what compulsive sexual behavior disorder is. This decision from WHO will probably help.

“I’ve been waiting for this phone call for 30 years,” said Robert Weiss, an addiction specialist and author of “Sex Addiction 101” and “Always Turned On” who has created free online material to help people with this problem.

“It’s really important to have a diagnosis, especially with sexual issues,” he said.

Weiss was involved with the committee that determined that compulsive sexual behavior disorder should be left out of the DSM, a decision he thinks is a mistake. Having the definition in an international text will help make the argument that it belongs in the DSM, he said.

“It allows us to better articulate who has a problem and who doesn’t, and it takes it out of the hands of the client or the culture or the church and puts it squarely on the science,” Weiss said. “It tells us that this is unrelated to sexual orientation or gender identity, and we didn’t have that before. It takes out all that judgment.”

Weiss and Fong said they’ve both had great success helping clients with compulsive sexual behavior disorder. Treatment can include traditional psychotherapy, and there are support groups like Sex Addicts Anonymous. Some doctors prescribe medications such as antidepressants and mood stabilizers.

Weiss said he has treated more than 1,000 people with compulsive sexual behavior disorder and has found that they often improve quickly when they address the underlying problems that may be driving that person to compulsively turn to sex.

Often, it’s the anticipatory fantasy, the recall of the act itself, the excitement of the chase that allows them “to lose themselves completely” rather than think about their spouse, their kids or their boss yelling. But unlike treatment for alcohol addition, it’s about helping someone have a healthier relationship with sex.

“You don’t want to repress the desire. Sexuality is a part of being human, but you want to guide it,” Weiss said.