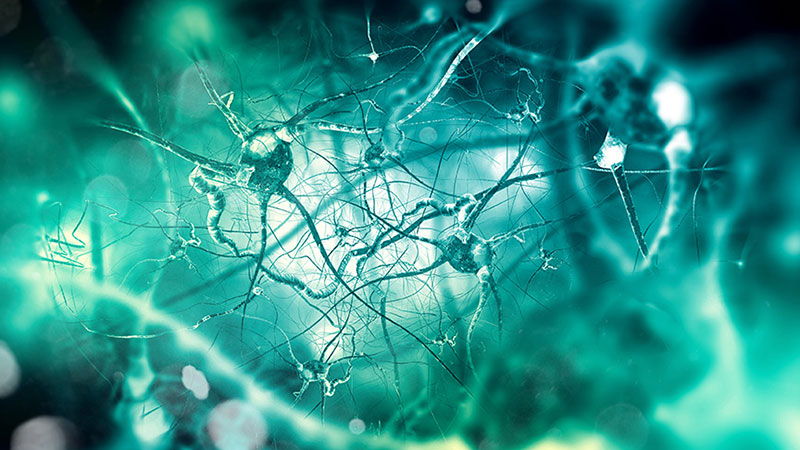 While he couldn’t possibly have known, Sandy Halperin was likely around 35 years old when his brain began slowly accumulating the plaques and tangles of Alzheimer’s disease.

Thanks to recent advances that allow us to see disease in the living brain, we now know there is evidence of Alzheimer’s in neural tissue 20 to 30 years before one first starts noticing lapses in memory. By age 60, when Sandy first started losing words and forgetting his intentions, the disease was already advanced, even if Sandy and his family were noticing symptoms for the first time.
“There is no pain,” Sandy told me. I had asked about this because of recent papers showing inflammation in the brain being a primary enemy at the time Alzheimer’s disease starts to show itself.
According to Harvard’s Rudy Tanzi, when brain cells, known as glia, sense the death of other brain cells from plaques and tangles, they assume one thing: infection. In an attempt to fight these “foreign invaders” the brain becomes flooded with inflammatory free radicals that begin a vicious war inside the brain. But the infection doesn’t actually exist; the brain is fighting a ghost.
No, not pain, Sandy reiterated, pausing and searching hard for the right words. He told me it actually feels like cotton stuffed deeply into the base of his frontal lobes. He eloquently described this with the precision of a Harvard assistant dental professor, which he once was. But then he completely forgot what we were discussing and looked at me sheepishly. “Frontal lobes,” I gently prompt him. “Right,” he remembered. And for just a few minutes Sandy is lucid once again.
Over the last three years, we have frequently visited with Sandy as he slowly descends into dementia. There aren’t many happy endings with stories about Alzheimer’s disease, but Sandy’s story is different somehow.
He wants to open up his life and his brain to us, and to science. He wants to be a part of the transformative advances taking place in Alzheimer’s, even if he is not around to benefit from them. Unwilling to be relegated to the sidelines, Sandy has thrown himself head-on into the battles for increased funding and decreased stigma. Neither has been easy, but his progress has been deeply inspirational.

Only leading cause of death not currently preventable

By 2040, it’s estimated that Alzheimer’s will consume almost 25% of Medicare’s budget. But while dementia is about to become the biggest caregiving challenge of our generation, funding to battle the disease has not kept pace. Alzheimer’s research was promised a mere $580 million in funding from the NIH this year, while cancer is slated for more than $5 billion, AIDS is getting $3 billion and cardiovascular disease nearly $2 billion.
While it is futile to compare one medical condition to another, Alzheimer’s disease remains the only leading cause of death that is not currently preventable, let alone curable. Most existing treatments revolve around keeping certain neurotransmitters, such as acetylcholine, around in the brain longer after Alzheimer’s has already taken hold. But that is like bringing a knife to a gun fight.
Still, there is remarkable enthusiasm today from scientists toiling away in laboratories around the world. Tanzi’s group has created an “Alzheimer’s-in-a-dish” model. It is essentially mini brains created with human nerve cells grown in a petri dish.
This allows Alzheimer’s disease to be studied like never before. From this and other models we have learned, for example, that it is the beta-amyloid plaques that come first — and early. The tangles caused by tau only occur much later, closer to the beginning of symptoms. So if we can reduce early plaque formation with a sort of vaccine, the word “cure” starts getting tossed around by normally reserved scientists.
“This is an exciting time,” the Alzheimer’s Association’s Dean Hartley told me as he looks to the future. “If most people start symptoms at 65, then we might extrapolate and say we need to be treating at 45. So you’d go in at say, age 40 or 45 and get a beta-amyloid checkup to see if you need some type of treatment or intervention.”
“Giving drugs to mildly or asymptomatic people is new,” agreed clinical neurologist David Knopman at the Mayo Clinic.
Researchers are exploring some fringe areas as well. Most intriguing to me was the reason why some people form the plaques in the first place. After all, it’s just too easy to chalk it up to bad luck. As it turns out, the plaques may not be all bad. Just recently, we have learned that some people with Alzheimer’s have higher levels of yeast, bacteria and viruses in their brains as compared to people of similar age without the disease.
Scientists now wonder if plaques occur as part of the body’s natural defense system to protect the brain from pathogens. As a result, preventing Alzheimer’s might have some parallels with preventing infectious diseases. And, that simply getting rid of all the plaque could be disastrous. Instead, plaque in the brain may need to be reduced, but not eliminated — similar to cholesterol in the blood.

What will make a difference: your taxes and your time

As we start to understand more than ever about Alzheimer’s disease, we are able to also better understand what will be needed to finally make a significant dent in this disease. It’s no surprise we need more money. After all, that’s what it took to make a dent in cancer, heart disease and HIV/AIDS.
The Alzheimer’s Association’s researchers did the math and announced that Uncle Sam needs to spend $2 billion a year — instead of today’s $580 million — to get a treatment in 2025 that would delay the onset of Alzheimer’s by five years. The good news? That would reduce the number of people with Alzheimer’s by 42% in 2025 and save $220 billion within the first five years alone.
That sounds like a good investment to me. One of the critical areas not contingent on more money is recruiting enough volunteers for clinical trials. That doesn’t cost anything but your time.
“Other than research funding, recruiting and retaining trial participants is the greatest obstacle to developing new treatments that can slow, stop or prevent Alzheimer’s disease,” Hartley told me. He said the Alzheimer’s Association needs at least 50,000 people to meet current enrollment demands.
“There is a HUGE need for people to join, with the most pressing need for those with a family history,” agreed Weill Cornell’s Richard Isaacson. His AlzU.org study needs volunteers and he says the A4 Alzheimer’s prevention study needs to screen at least 5,000 people with currently normal cognitive abilities.

Preventing your own decline

Isaacson runs one of the few Alzheimer’s prevention clinics in the country, and he also stresses the need to look at the disease holistically. “We now have research that shows very specific types of exercise, brain stimulation, taking control of diabetes, even in the pre-diabetes phase, can all make a difference.”
Tanzi agrees, and even lists his recommendations in order of priority: exercise, at least seven to eight hours of sleep, which helps the brain clear debris, an anti-inflammatory Mediterranean style diet, adding good quality Omega 3 oils (he likes krill), intellectual stimulation and social engagement.
Sandy has known this all along. He swims, sings, eats well and is also constantly engaging his brain by lobbying for change. His time on Capitol Hill and speaking to thousands of like-minded advocates and scientists has had the added benefit of keeping his brain animated and slowing down the progression of his disease.
For now, that is all he has. But he wants more for his daughters and granddaughters, and for the millions who will soon be diagnosed with Alzheimer’s.
“Help!” he told our cameras on one of our visits. “CNN World — you’re listening to me right now…Help! What are you going to do if you’re a legislator, physician, plumber, educator…it’s not about me, Sandy Halperin, it’s about the Alzheimer’s effort!”
And as his disease progresses, and his ability to function is reduced, he — and I — have a challenge for you: Get in the game. Give money if you can, but more than that, volunteer. Participate in a clinical trial. And allow Sandy’s story to change the way you look at Alzheimer’s disease forever.
On our last day together, Sandy took me aside. We said goodbye, and gave one another a long hug. He then grabbed me by the shoulders and said in a moment of profound clarity: “Here’s the ball, grab it. I love you, thank you for taking the ball. Run with the ball and play the game because we all need to do something for our nation.”
For you Sandy, I will keep trying. CNN World, will you join me?
READ:  AI can detect Alzheimer's 10 years before symptoms show up
Share. Twitter Facebook Google+ Pinterest LinkedIn Tumblr Email
Previous ArticleSmart schizophrenia pill that tracks how you take it approved by FDA
Next Article Dolores O’Riordan: Voice of a rebel