You are at:Home»Mental Illness»Bipolar»Bipolar Disorder: The Myths Behind It and What Few Know 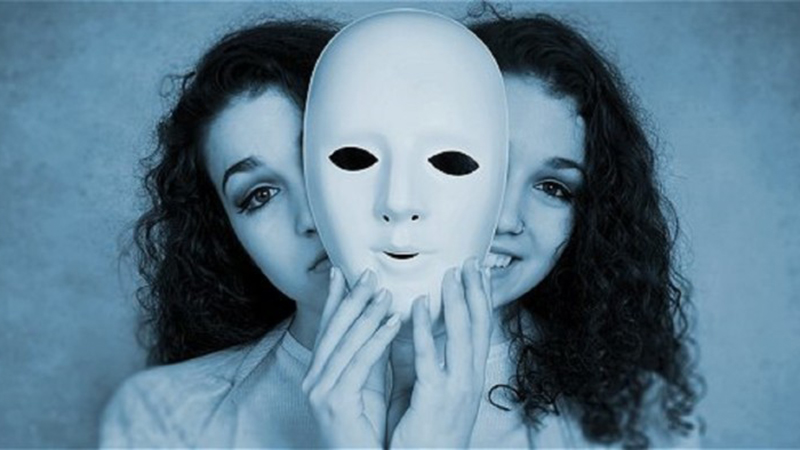 Bipolar Disorder: There are many myths and lack of knowledge around this mental illness. Today, we’re exploring it for what it is and expanding minds.

Confusion surrounding mental illness is par for the course. Bipolar disorder, however, has an interestingly large amount of confusion behind it. Most think of bipolar disorder as rapid mood changes — happy, sad, angry, suspicious — all in the span of a minute. In reality, bipolar disorder consists of violent mood swings between two opposing sides of the spectrum: manic to a deep, depressive low. Some of these myths are the lack of education. Some of them are outright dangerous.

The Myths in Question

Most think bipolar disorder is relatively rare. In truth, that is not the case. According to a study conducted:

Why the interest in clearing up these myths? Well, the woman writing this piece is part of those lovely statistics.

Now, I know what you’re thinking: a crazy lady should not be talking about mental illness. To those who don’t suffer from it, it is an alien concept. It is hard to grasp that your own brain could be against you in any way. As adults, we are meant to be in control of our actions. Something like mental illness feels like a demonic possession. People you thought you knew are suddenly foreign and possibly even dangerous. 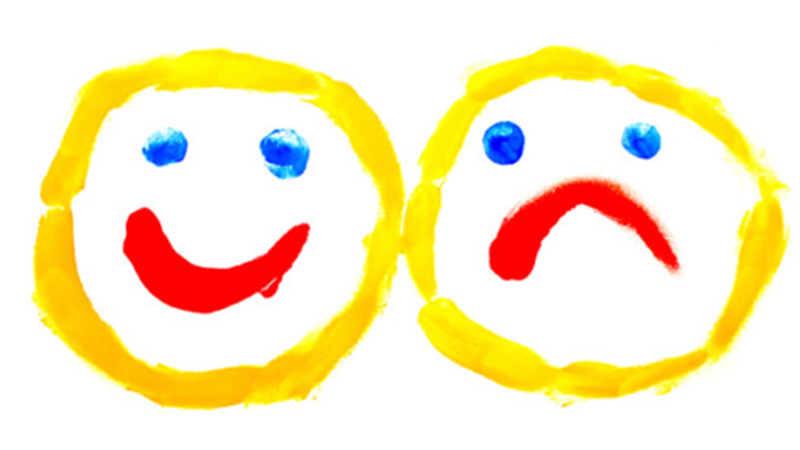 The Stigma of Medication

There is also a stigma against being on medication. A large number of people abuse substances that are prescribed for mental illness. Furthermore, according to SAMHSA, 26.7% of individuals with mental health issues abused illicit drugs in 2012. In the general public, only 13.2% of individuals abused drugs.

Often, the two go hand-in-hand. People try to self-medicate to avoid seeking help. The side-effects of medication are often unpleasant, leading to substance dependence. That and people with mental illness are just statistically more at risk for substance abuse. I, myself, have never turned to drugs or alcohol. I’ve never abused my medication but, as I type this, some of the side effects do drive me mad.

Weight gain and increased appetite come with two of my medications. If you’ve read my article about fat shaming, then you know I am overweight already. Depression, fat shaming, and self-loathing make for a volatile mix. Another symptom is that my stomach hurts to no end. I sometimes gag when I’m hungry. Constipation is a thing.

It’s all rather unpleasant. Imagine abdominal pain near 24/7, and you might understand why some choose to self-medicate. Of course, I find it worth it. The highs and lows, on their own, are simply too risky. Depression tends to not only make you sad but numb. You get no joy out of anything, no fear — basically nothing. At that point, you might wonder what being alive even accomplishes. We’ll get to that in a bit.

So… what is bipolarity really like, you might ask. I take three kinds of medication to deal with symptoms. Two in the morning and one at night. The first medication, Lamictal, has a high success rate of treating people with bipolar disorder. The same goes for Latuda, which I take at night. Lexapro is prescribed more towards the depression end of the spectrum and I, among with many other people, have had success with it. One of the most notable people who take Lexapro is Penny Arcade’s Mike Krahulik.

From a personal standpoint, I dealt with these swings for an odd decade before being treated. When I was a teenager, I’d mostly experience the mania. However, I had an entire summer that I spent sobbing and apologizing to my friends for being an awful person. Three. whole. months. After a series of traumatic events, I found myself nearly constantly numb. Mind you; I had also been diagnosed with PTSD.

The mania is at it sounds. You’re shaking and excited. You want to start a million projects that you’ll never finish. Energy is coursing through you, and you feel fantastic! However, you’re also impulsive. You can do something dangerous and not even recognize it. Going to sleep becomes a chore. People may even begin to tell you you’re acting crazy. It’s not as great as it sounds.

Then the lows hit. The depressive part makes even getting out of bed a struggle. I’d spend a lot of days just watching YouTube videos until I fell asleep. My body hurt, my head hurt, and everything felt fuzzy. I’d play a game or write, and it’d feel meaningless. I developed a sense of dysphoria — an innate sense that something is wrong with no proof. The universe was surely punishing me. I grew OCD habits. Everything I did had to add up to seven, nine or eleven. Why? I couldn’t tell you. It gave me what I thought was control over a life that felt like it was spiraling. I woke up on the floor in a Walmart once. Why? I hadn’t eaten or slept in days. 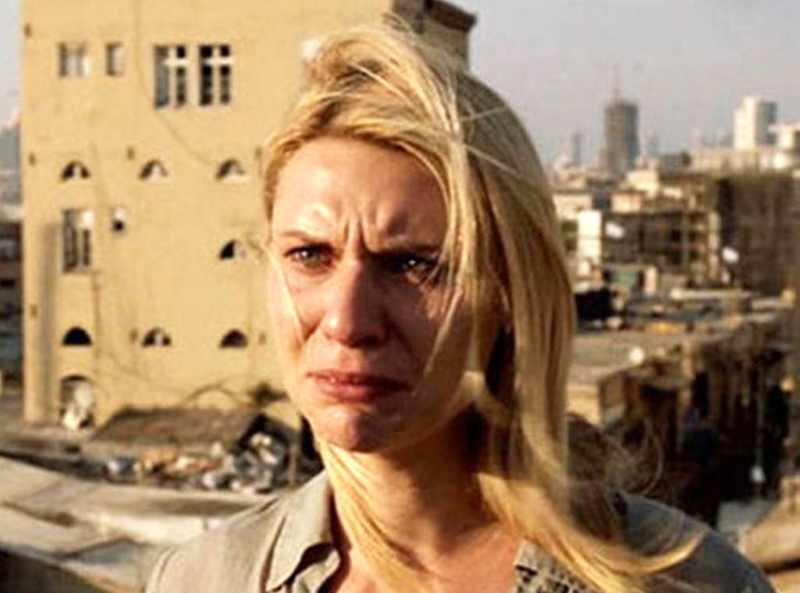 Claire Danes from Homeland is a character with bipolar disorder.

There are plenty of celebrities you might know that suffer from bipolar disorder: Catherine Zeta-Jones, Vincent Van Gogh, Carrie Fisher, Virginia Woolf, Demi Lovato, Sinead O’Connor — the list goes on. Hollywood has even put a character with the mental illness in the spotlight in the form of Claire Danes from Homeland. However, the question must be asked: is she a good representation of bipolar disorder?

Claire is seen as near constantly freaking out. She cries, screams, rants and then returns to soaking in a tub and listening to smooth jazz. While this might seem like an excellent portrayal, Hollywood has dropped the ball on portraying mental illness. Though, this is nothing new. A bipolar person, as noted before, will swing between mania and depression, both of which can last for days or even weeks. Let’s assume Claire is untreated. It still doesn’t excuse the portrayal from being close to someone with, say, Histrionic Personality Disorder or even Narcissistic Personality Disorder. (The latter I hope to discuss at another time, so stay tuned.) Some people might legitimately act like this if they are having an episode, of course, but this is often only the case if they are not on medication or being treated.

The point I am trying to make here is that bipolar disorder is often misunderstood or not portrayed correctly. Those that don’t have a lot of education on mental illness will typically not know how to handle it, either in themselves or in someone that they know. Dealing with someone who is as hyper as a little kid at an amusement park or as depressed as Eeyore can be difficult. However, we are still people, and our illness is simply a part of us — not our entire personality. 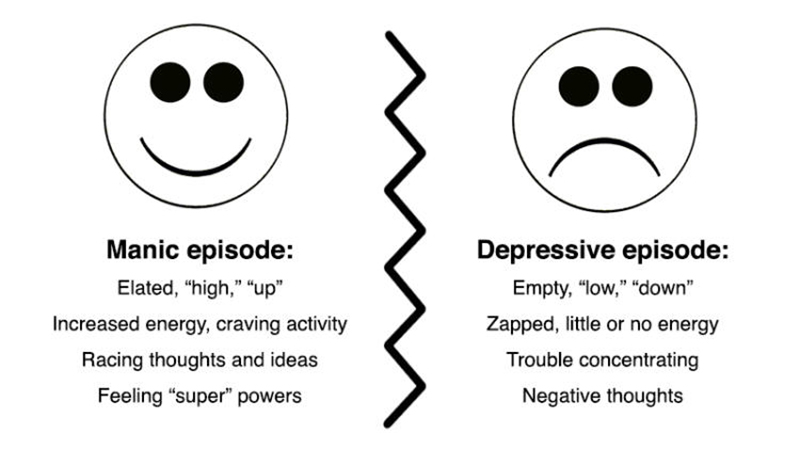 The elephant in the room is, of course, suicide. It’s no secret that bipolar suicides are at a higher rate than average. Or, is it? In actuality, studies have reduced the number from 30-50% down to 5% regarding bipolar people committing suicides. Previous studies focused on bipolar patients that were already hospitalized. As you can imagine, this skewed things a bit. Let’s clear up some myths.

READ:  If Carrie Fisher Couldn’t Beat Bipolar and Addiction, How Can I?

One, Lithium has a good track record of preventing bipolar suicides.

Two, many people assume suicidal bipolar people have never reached out for help. Some even assume they aren’t willing to help themselves. However, one study found that 70% of those who completed their suicide had been in touch with a doctor within the previous month and nearly 50% within the week before their death. Each year 6%-10% of suicides occur within hospitals.

I went to the hospital recently. They admitted me to the fifth floor where I stayed for three days until they were sure I wasn’t going to kill myself. It was dehumanizing, boring and strange. However, it was ultimately helpful. Being “committed” is something many people don’t take well to. The stigma of the psych or behavioral ward has kept many from seeking help as well.

The point is, bipolar suicides — suicide in general — can be prevented. Suicide is, as one site puts it, what people consider once their pain exceeds their coping mechanisms.

What You Can Do

What can you do to help someone that suffers from bipolar disorder? Educate yourself. Remember that they are not trying to personally attack you or scare you if they have an episode. Feeling mentally drained dealing with someone that has the disorder? Take care of yourself. Someone with a mental illness that is properly seeking help will, more often than not, be like any other person. Someone who is untreated, however, is someone that more than likely needs help straight away. Talk to a professional about it and see what can be done. Ultimately, however, they are the only ones that can seek help for themselves.

Take the situation seriously.  Be direct and supportive — don’t be afraid to ask if they are considering self-harm. A suicidal person often needs more coping mechanisms, such as therapy, medication, and friends.

I sincerely hope that this article has cleared up some of the myths behind bipolar disorder. To any that suffer from it that are reading, just remember: there is always hope.

If you are in a crisis, please seek help. You can reach the US Suicide Prevention Hotline at 1-800-273-8255. They also have an online chat feature.