You are at:Home»News»Meditation DOESN’T make you a calmer person: Buddhist practice leaves people just as aggressive and prejudiced, reveals study 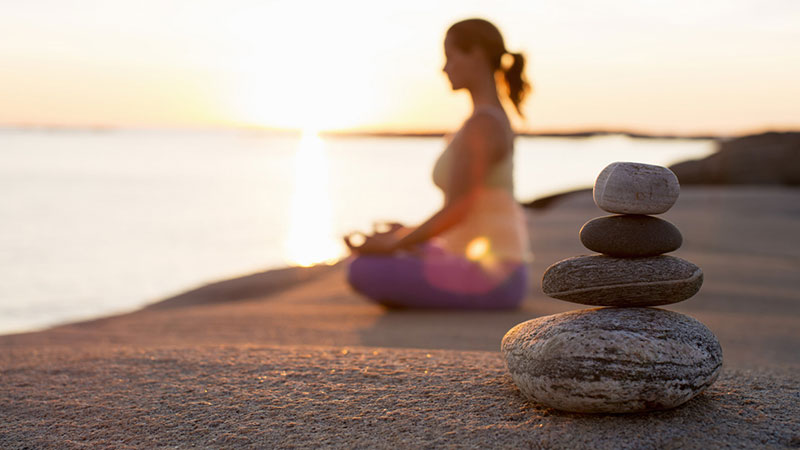 Scientists have revealed the trendy Buddhist practice of meditation does not make you more compassionate, less aggressive or prejudiced

‘If every eight-year-old in the world is taught meditation, the world will be without violence within one generation,’ the Dalai Lama claims.

But it appears the respected monk could be wrong.

For scientists have revealed the trendy Buddhist practice does not make you more compassionate, less aggressive or prejudiced.

Meditation, incorporating a range of spiritual and religious beliefs, has been touted for decades as being able to make the world a better place.

However, researchers from the UK, New Zealand and The Netherlands, have found meditation doesn’t change how adults behave towards others.

Dr Miguel Farias, co-author, from Coventry University, said: ‘All world religions promise the world would change for the better if only people were to follow its rules and practices.

‘The popularisation of meditation techniques in a secular format is offering the hope of a better self and a better world to many.

‘In the early 1970s, Transcendental Meditation conveyed this message openly, announcing that the rising number of individuals practising this technique would lead to world peace in the short term.

‘Psychologists using mindfulness or other Buddhism-derived meditation techniques are now advancing similar ideas about the prosocial effects of meditation.

‘The popularisation of meditation techniques, like mindfulness, despite being taught without religious beliefs, still seem to offer the hope of a better self and a better world to many.’

The team of researchers reviewed more than 20 studies that investigated the effect of various types of meditation to make the conclusion.

They involved mindfulness – paying more attention to the present moment, and loving-kindness – imagining objects such as cute animals.

It only included randomised controlled studies, where meditators were compared to other individuals that did not meditate.

Initial analysis, published in the journal Scientific Reports, indicated that meditation, whether it was three-minute classes or three-month long getaways at secluded retreats did have an overall positive impact.

It made people feel moderately more compassionate or empathetic, compared to if they had done no other new emotionally-engaging activity.

However, a further analysis revealed that meditation didn’t reduce aggression or prejudice or improving how socially-connected someone was.

The most unexpected result of this study, though, was that the more positive results found for compassion had important methodological flaws.

Compassion levels in some studies only increased if the meditation teacher was also an author of the published report.

Overall, the results suggested improvements reported by psychologists in previous studies may be the result of methodological weaknesses and biases.

Dr Farias added: ‘Despite the high hopes of practitioners and past studies, our research found that methodological shortcomings greatly influenced the results we found.

‘Most of the initial positive results disappeared when the meditation groups were compared to other groups that engaged in tasks unrelated to meditation.

‘We also found that the beneficial effect of meditation on compassion disappeared if the meditation teacher was an author in the studies.

‘This reveals that the researchers might have unintentionally biased their results.

‘None of this, of course, invalidates Buddhism or other religions’ claims about the moral value and eventually life changing potential of its beliefs and practices.

‘But our research findings are a far cry from many popular claims made by meditators and some psychologists.

‘To understand the true impact of meditation on people’s feelings and behaviour further we first need to address the methodological weaknesses we uncovered – starting with the high expectations researchers might have about the power of meditation.’

WHAT ARE THE BENEFITS OF MEDITATION?

Meditation can be traced back to as early as 5000 BC.

It is associated with some philosophies and religions but is practiced as a secular, stress-relieving activity more and more.

A recent study revealed that meditation can reduce one’s risk of heart disease by decreasing risk factors that can lead to the illness.

Specifically, it found that the practices can lower one’s blood pressure and their anxiety and depression levels.

It can also help people quit smoking, which can lead to a fatal heart attack.

Experts are warning that healthy lifestyle changes such as being more physically active are still the surest way to ward off the disease, but adding that meditation can also decrease one’s chances.